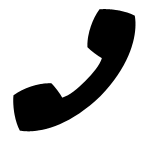 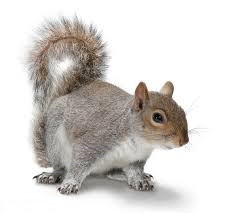 Posted on 18th January 2020 at 07:39
It’s not just those of us in the pest control business but the RSPB, the Forestry Commission, landowners and farmers who all class the grey squirrel as vermin in the UK. Currently it is believed that there are approximately 2.7 million of these rodents spread across the country and we certainly have a major problem with squirrels in Woodley, we have been very busy already this year with call outs.
Traditionally squirrels are poisoned, shot and trapped as the means of control; why do they need to be controlled? The answer is that we need to control these animals due to one important fact; the grey squirrel is correctly known as the north American grey squirrel and as its name suggests, it is in fact from north America.
The grey squirrel was bought over to the UK back in the 19th Century, our native red squirrel is a rather shy and elusive creature that prefers to feed and live in the upper branches of coniferous tree’s. Whereas the grey squirrel is a more boisterous animal and certainly does have a charming personality; the thought was that these would be a nice addition to parks and gardens, a curiosity if you like.
Little did they know how destructive and invasive they are, and we deal with squirrels in lofts all over Woodley and the surrounding area and there is certainly nothing charming about the havoc they reach inside someone’s property.
The grey squirrel is in fact a monster; a monster with no predators in the UK so no form of population control, their population has exploded and they also carry a virus which is harmless to the grey but fatal to the reds - squirrel pox.
Our native red squirrel has no resistance to this virus, and this has led to the demise of these animals across the UK and now rapidly spreading across Europe. Infected squirrels develop large lesions on the face and neck, this prevents the animal from feeding and death is a slow, drawn out painful end.
Another reason for the reds decline is that grey squirrels will eat unripe (green) acorns and cache many for retrieval later during the winter; our red squirrel only eats ripe (brown) acorns, so competition for food has pushed the reds away from our deciduous woodland. Of course the loss of our broadleaf woodland means that there are less opportunities for feeding and nesting for any possible reintroduction of the red squirrel. 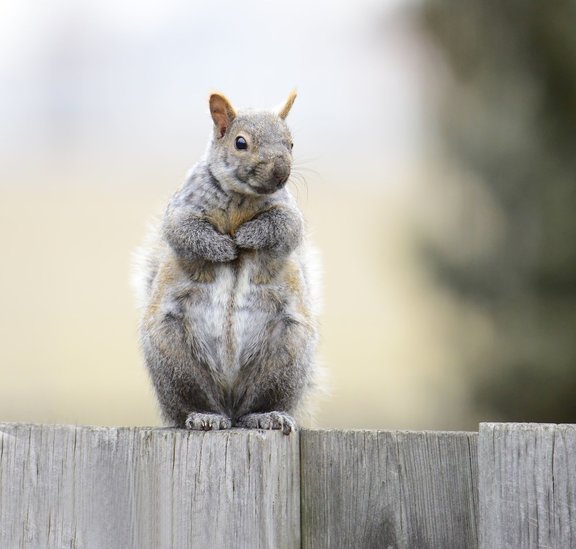 Able climbers squirrels can run up brickwork to gain access to the loft
As the grey has slowly colonised the country so the reds have been pushed back to small isolated areas like Brownsea Island and some remote areas in the Cairngorms; the future looks bleak for our native red squirrels or does it?
Scientists in Scotland who developed the first cloned animal; Dolly the Sheep have discovered a way to modify squirrel DNA to make the female grey squirrel infertile.
The people at the Roslin Institute in Edinburgh want to modify grey squirrel DNA in the male species, altering the male’s DNA so that a gene is passed onto the female through breeding that renders female baby squirrels infertile, male baby squirrels will be fertile but carriers of the modified gene.
It is thought that this would cascade through the species over time and help to bring the population under some form of control; scientist’s would argue that this is more humane than the current control methods. It is thought that it will be more far reaching as the ‘adapted’ males will spread to wild areas where there is little in the way of control measures currently. 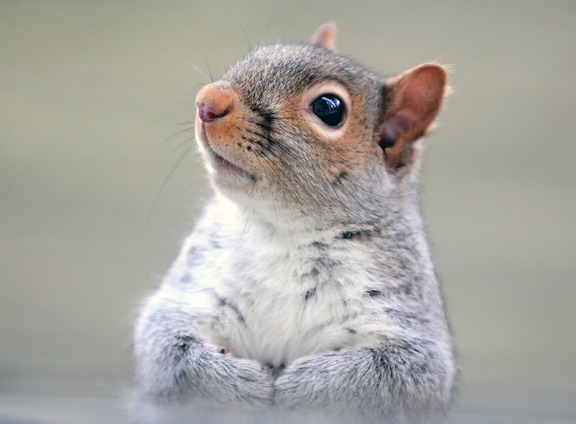 For more information on the work being done at the Roslin Institute, click on this link:
The Roslin Institute
Right across Europe the red squirrel population is in decline and northern Italy is seeing a drop in numbers as the greys are now colonising central Europe; the red squirrel population in the UK is now thought to stand at only 15,000.
The research at Roslin is funded by the European Squirrel Initiative which is a charity set up to reverse the decline of the native red squirrel; more information can be found by following this link.
In order to help the future of the native red squirrel the Government has reviewed existing legislation has updated the Invasive Species Order 2019; this tightens the rules meaning that rescued grey squirrels cannot be released back into the wild.
Animal rescue centres and vets have voiced their concern’s that injured animals bought to them for rehabilitation will then need to be ‘homed’ for the remainder of the animals life, and as the grey squirrel can live for 20 years in captivity, there is concern what this means for them.
Under the Countryside and Wildlife Act it is illegal to release the grey back into the wild or even to allow the animal to escape; more information can be found on the Red Squirrels Northern England website.
It is worth noting that occasionally juvenile grey squirrels which are not always frightened of humans, may approach us looking for food; they do not need our care and the best course of action is to leave them well alone as they will fend for themselves. 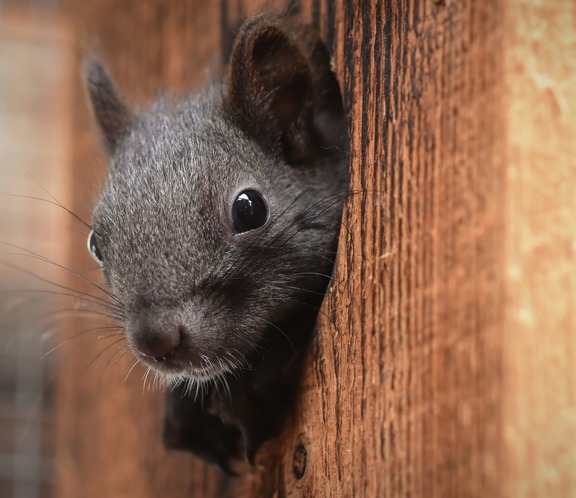 Why are grey squirrels considered a pest?

Well, without control from predators the numbers of grey squirrels are increasing year on year; they have two breeding seasons and the first one starts around December and runs through to March. We see young squirrels out in January and whether this is due to the effect of mild temperatures and food sources like bird feeders is not known.
Personally, I think we’re at saturation point and like many opportunist animals, squirrels will breed when the circumstances are correct to get ahead of the crowd as it were.
The female squirrel will nest and live within a territory, she will collect food within a much wider range but her territory will be defended from other squirrels. Males squirrels tend to live without the need for a territory so they will tolerate other males in an area.
If there is a female nesting nearby she may accept her offspring to live with her over winter but eventually she will not tolerate the young females during the next breeding season. These are driven off and that means that there is a steady outward migration of squirrels who will need to establish their own nest site and territory.
A domestic loft space is an ideal place for that young squirrel and so we begin the cycle of infestation at yet another property; squirrels can and will nest in tree’s but when they come into our homes and businesses, the conflict starts.
Squirrels will make a lot of noise even at night and they tend to scrape the loft insulation off the plasterboard and shred it up building a large ball of torn insulation to nest in. They won’t stop at insulation as any soft items stored in the loft maybe shredded up and added to the squirrels’ nest.
The bigger issue is that all rodents, squirrels will gnaw on things; some people say its to sharpen their teeth but with teeth that are harder than cast iron, a plastic-coated electrical cable is not going to make a difference to sharpness. 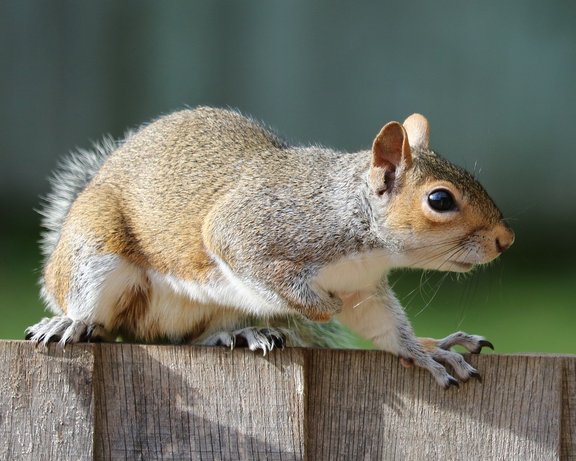 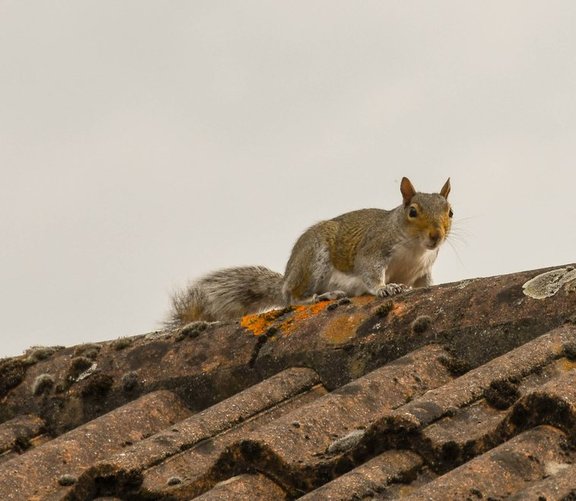 Equipped with powerful jaws and strong teeth; roofs are an easy entry point for the grey squirrel.
If you have squirrels in your loft, you’ve got urine, feaces, possible cable damage and certainly damage to the insulation inside; our approach to squirrel control in Woodley and across Berkshire is to trap these animals. Once we’ve caught the one causing you the problem we will leave all the traps for a period; if we keep on catching then we stay with you as the numbers of squirrels in the area are diminishing and remember we want to reduce the breeding population so you stay vermin free for longer.
Tagged as: Squirrels
Share this post: