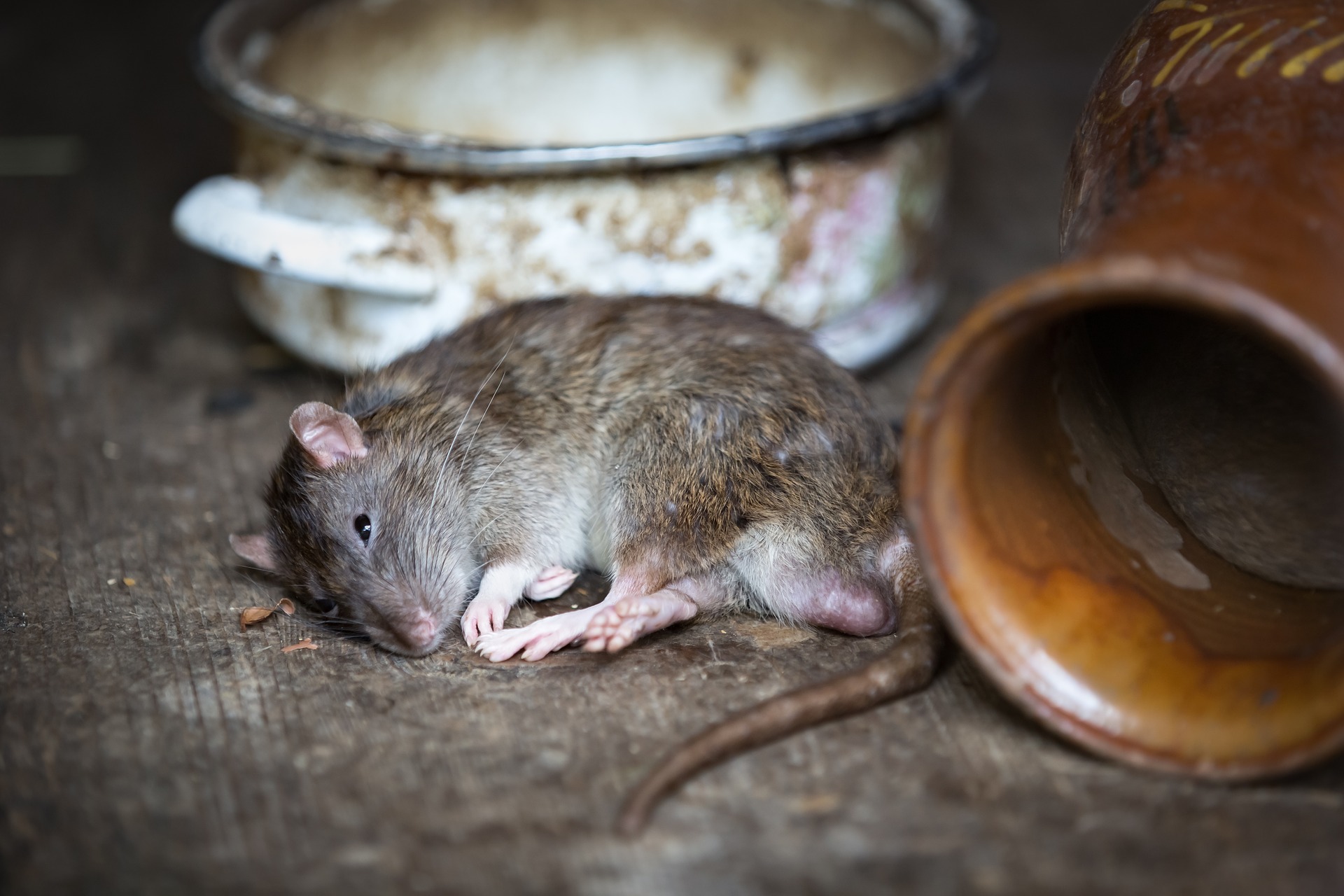 Are rats resistant to poison?

What happens when rats are resistant to rodenticide?

When you discover that you’ve got a rat or mouse problem there is a temptation to pop round to the hardware store and buy a box of rat and mouse killer – good old bit of poison will do the job won’t it?
Unfortunately, that’s not always going to be the case as many rats found in the UK are now resistant to the affects of rodenticide and all that you’re doing in effect, is feeding the rats. Don’t feel bad about this news, many professional pest controllers fall into the same trap. In fact, that’s the key to successful rodent control = use traps. There is no resistance to a steel kill bar driven by two powerful springs.
And its not just rats that are becoming immune to the effects of rodenticide; house mice are now starting to exhibit the same resistance; just to review the rodents that we talk about.
Rats – there are two species; the common rat known as the Norway rat and this is what we typically come across in Reading and around the area and then the Black rat or ship rat as its often called and from that name you can deduce that these are found on ships and around ports, so something we definitely won’t see here.
Mice – again two ‘groups’ rather than species, firstly the house mouse which has evolved to live indoors and will be found in large sprawling developments. Its possible to find these in Reading but we’ve not seen these in the town, places like London have house mice where they have great big blokes of buildings all butted up together for mile on mile.
And then field mice which is a loose term for a range of species that include mice, voles and shrews; field mice are commonly found all over the Reading area and these should not be poisoned. As a group they are easy to catch, and a few well placed snap traps will soon get rid of any infestation.
We wrote a blog on the differences earlier and that is called Rat or Mouse and this explains the differences and includes pictures so that can see for yourselves. We are just talking about the Norway rat and the house mouse and rodenticide resistance on this blog. 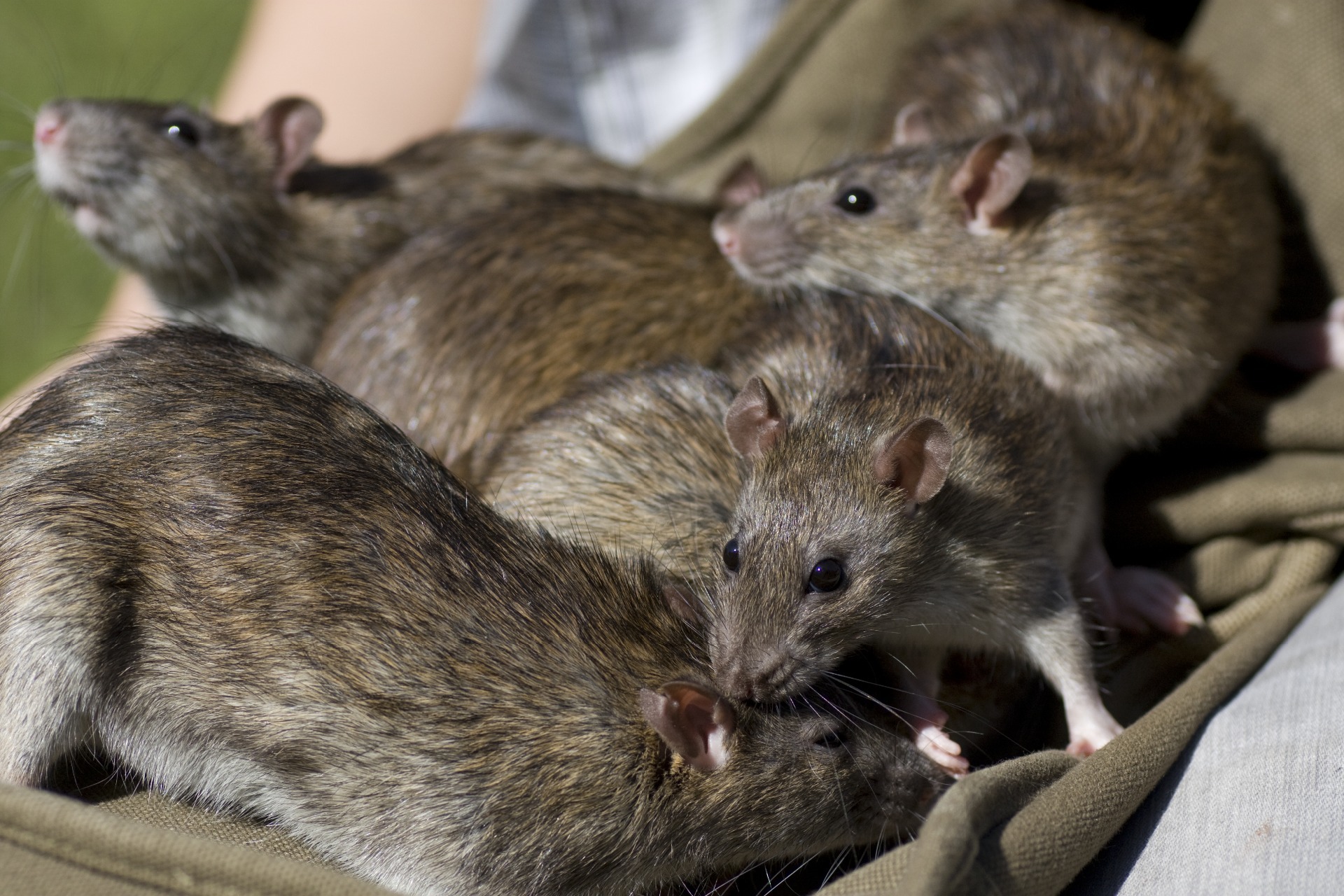 So, OK whats it all about?

The first modern rat and mouse poisons were given the name - First Generation Anti-coagulant Rodenticides or FGAR’s for short, and these were developed back in the 1950’s as an answer to the every present problem of commensal rodents – this is the term for those species that live completely off mankind. FGAR’s were designed with lower rates of toxicity than the second generation one’s and required the need for rodents to feed multiple times before they had absorbed enough of the active ingredient; this meant that many rats and mice survived eating it.
As the overall rodent population declined leaving only those that could consume the bait and live, their offspring were born with a built in immunity to these chemicals; we know that rats and mice breed a lot and so within a short space of time most of the rodents were born with full blown immunity: they could ingest the poison and metabolise it so that it no effect on their health.
‘Modern’ rodenticides weren’t working so scientists went back to the drawing board and developed the Second Generation of Anti-coagulant Rodenticides which they gave the catchy name of SGAR’s to, these chemicals were designed to be more toxic and for the chemicals to work after just a single feed. We had the ultimate weapon for use against these rodents – or so we thought, in fact rodenticide is the most commonly found chemical worldwide.

Resistant rats spreading all over the UK

The idea behind SGAR’s is that the chemical binds within the animals liver following ingestion and then over a course of a few days it causes changes that prevent the blood from clotting, as the blood starts to thin it is pushed out of the animals circulatory system and starts to accumulate within voids such as those found in joints and around the lungs. The animal slowly dies from internal bleeding, this all sounds rather grim but there is evidence that shows it is relatively painless and as a way of controlling rats en-masse ie in huge numbers, its more humane than trapping or dispatching with dogs and air rifles.
So science saves the day and we have this super poison which we can rely on to stop rodents in their tracks, unfortunately as with many great things, our stupidity gets in the way. Rodenticide used to be used everywhere and to be honest it is still heavily relied on as the first course of action when a rat is seen. We started this blog with the statement that a good old bit off poison will do the job and the inconvenient truth is – it won’t, well, not always.
You see that one of the most commonest SGAR’s used the active ingredient bromadiolone, just type in bromadiolone into Google and up comes adverts for Rat and Mouse Killer; some even call it Super Rat and Mouse Killer (I didn’t know that there was a Super Mouse and now I have an image of a mouse in a little red cape).
They sell these poisons in 10 kilogram sacks, typically for use on farms where it will be poured out onto barn floors or throw under haystacks in the worst scenarios that is, and once again some rats survived eating the poison and so the spread of resistant genes starts. 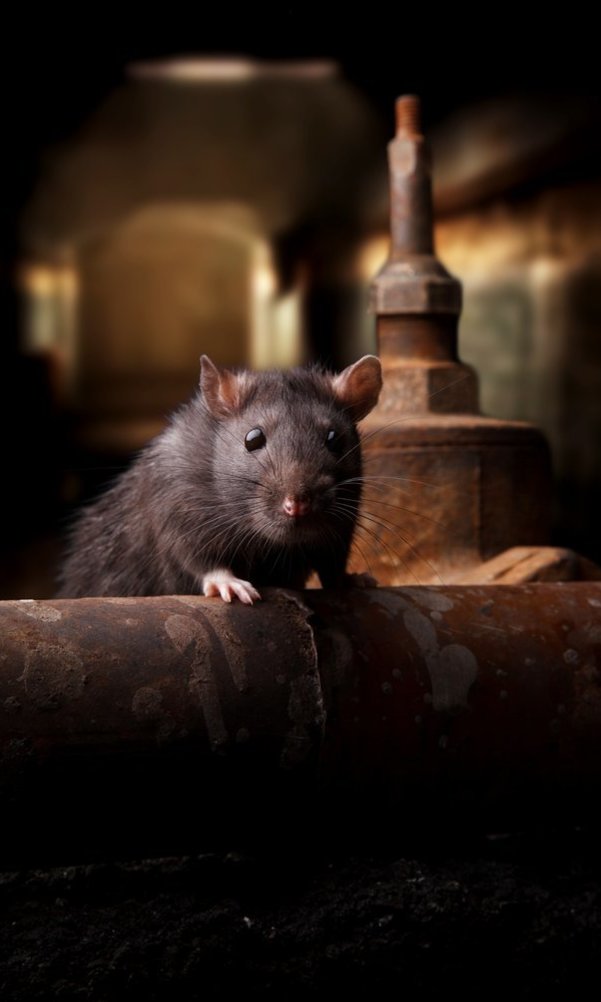 What is the alternative?

So what is the answer if the SGAR’s are not going to work?
The number one solution will always be to trap, trapping can be difficult and time consuming so many large companies will not use traps but rely on the chemical approach as a sole means of control. And that brings us to the key to resolve any rodent infestation = achieving control by discovering the access point and then sealing it shut. This is something that you can do if you have the time with traps by tracking the animals routes and determining the entrance point. Once that is uncovered its relatively easy to finish off what’s running about and leave the customer permanently rodent free.
The scientists will keep on bringing new chemicals out due to demand and that’s fair enough; we use rodenticide and I’m personally not against it, just the lazy practise of throwing poison in someone’s loft and saying that’s it job done, and then coming back in nine months to do it all again at the customers expense. 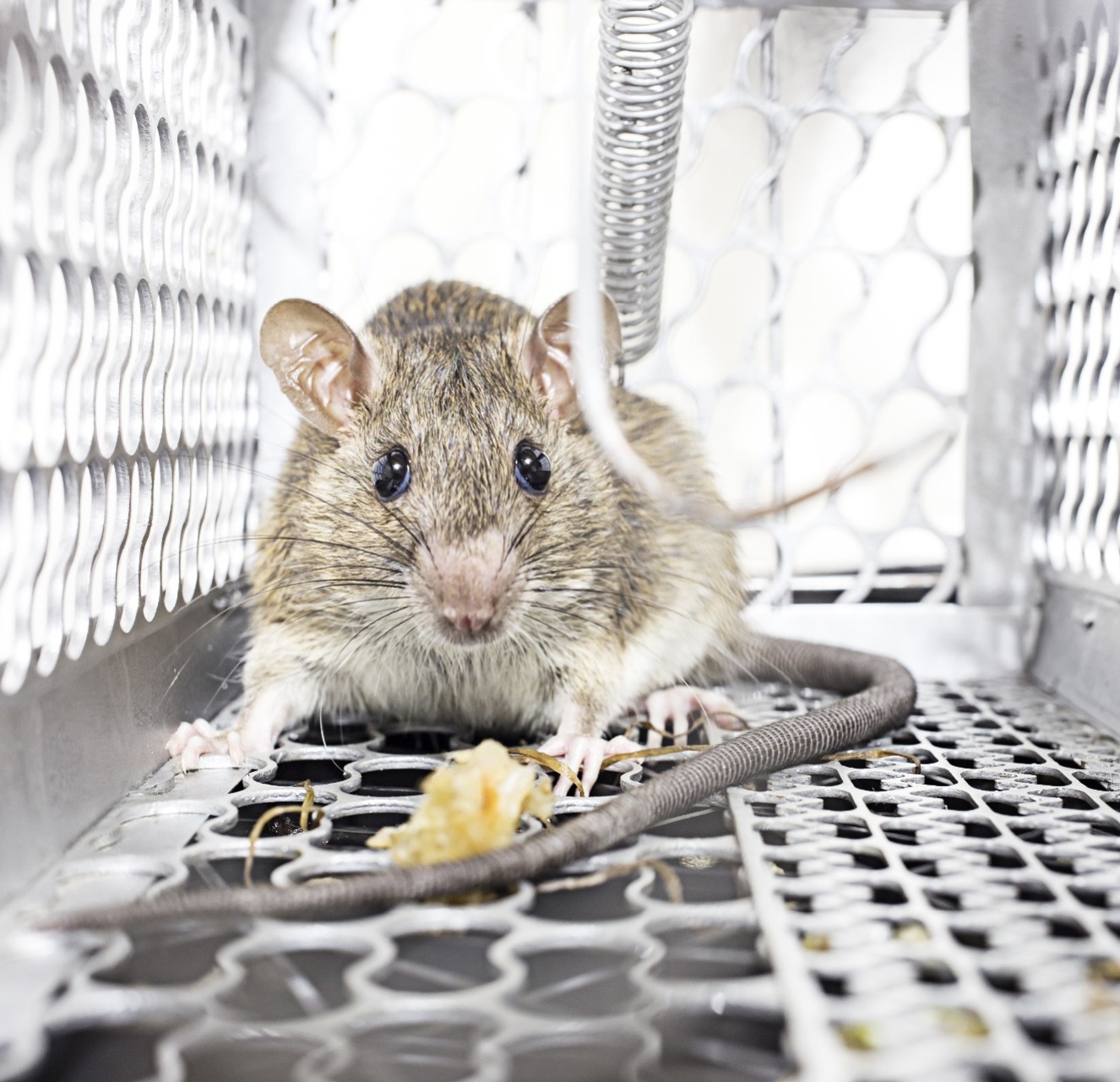 The Do's and the Don'ts of using rodenticides

There are some do’s and don’ts associated with using rodenticides:
Do not use these on field mice, if you have a problem with field mice look at the proofing works to keep them out of the area for good. Field mice are in huge numbers so you’ll end up spending vast sums of money trying to stem the flow of mice when some simple repairs to the property will be so much more cost effective.
Do read the label on the box; I know for most men that’s impossible but rodenticide resistance comes from things like people putting down just a pinch of poison as they try to save money. Guidelines are on the box so follow them – you don’t bake a cake by throwing the contents into a bowl and sticking it in the oven, you have to follow instructions.
Do not leave it lying around, I see so much grain bait sprinkled around back gardens that’s you wouldn’t believe it. All rodenticides are developed to be attractive to animals and if you’re not killing the rats or mice then your certainly doing in small birds and hedgehogs.
Do consult a professional company before you start, many of us will give you a bit of advice although expect us to say that you’re best of leaving it to a professional = because you are.
You are not going to eradicate field mice from the back garden its as simple as that; if you have mice or rats inside the property then thinking about poison is totally the wrong way of thinking, instead put your thoughts into the question of how they’re getting in?
That’s the place to start whereas poison is the place to end. 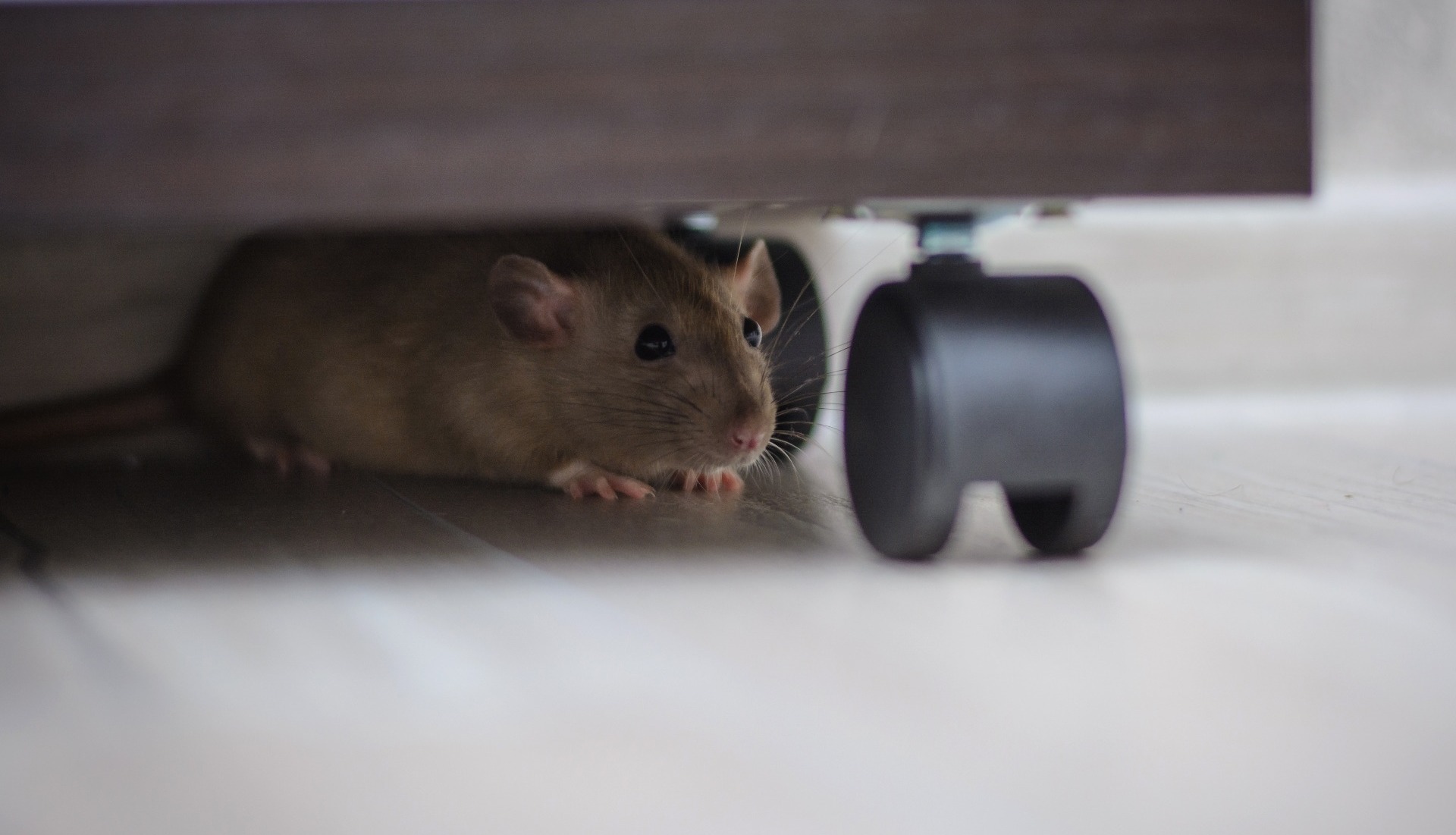