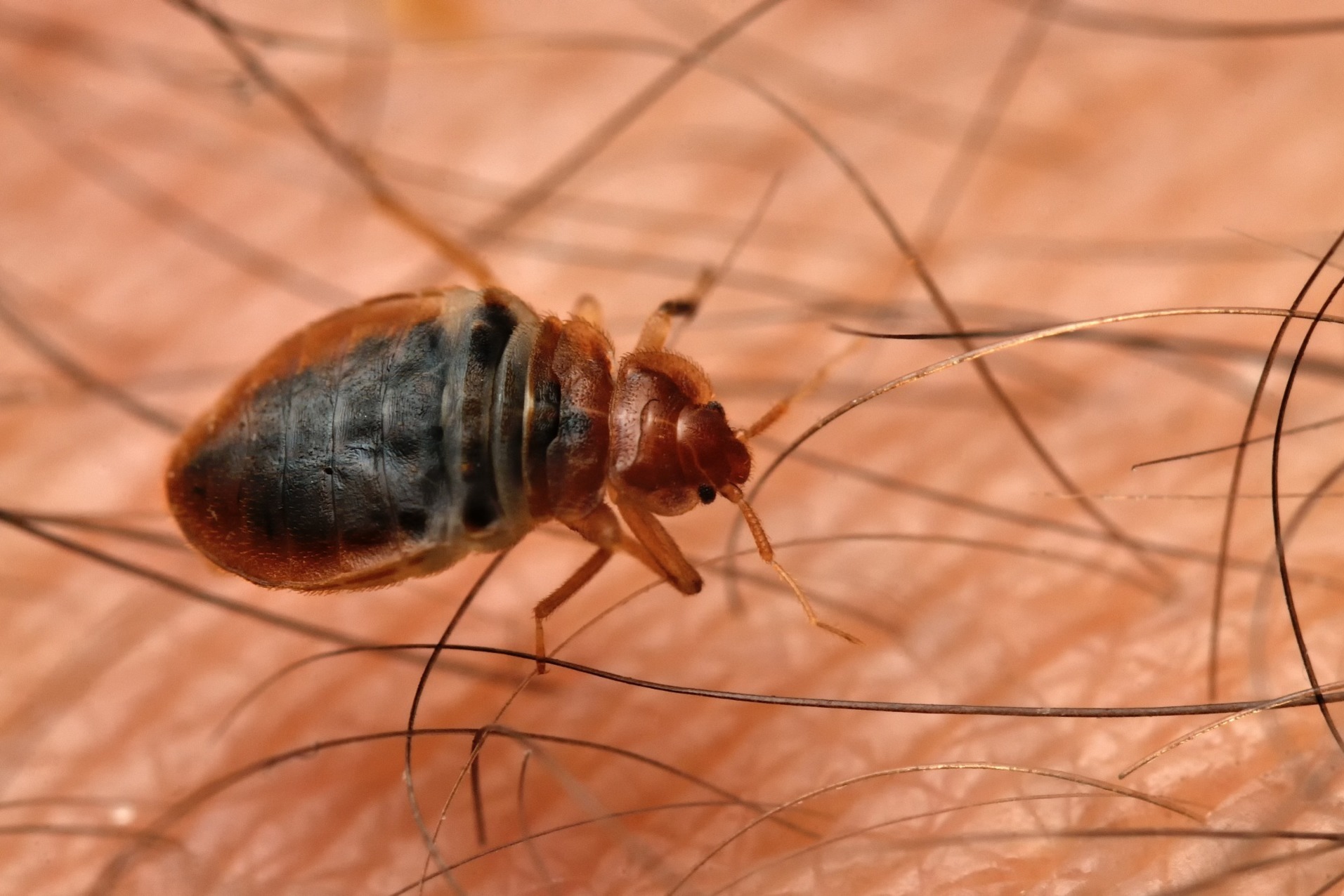 Bed bugs are coming to dinner

Posted on 11th September 2017 at 17:32
Bed bugs are becoming the 21st Century 'modern plague' - genetic mutation and chemical resistance are seeing these insects emerging as a "super bug"; call-outs for bed bug treatments in Reading and Wokingham are rising and becoming harder to treat.
When we get called out to treat a bed bug infestation we're always asked "Where do they come from?". Well, some of that question is explained in their name = bed bugs. If you travel and by that I mean over any distance, then you can easily pick up bed bugs along the route; for example both public transport and international aircraft have all been home to bed bug infestations. Soft furnishings in hotels (as my wife discovered on holiday in Cuba) are also temporary homes for the bugs and obviously ... hotel beds can all be infested.
It was thought that when our early ancestors started using caves about 250,000 years ago that enterprising bat bugs split from their animal hosts and started feeding exclusively on man. 50,000 years ago Homo sapians left Africa and travelled North, and along came the bugs - who have been with us ever since!
There are two separate strains of bed bug; the first is Cimex hempiterus, which is known as the tropical bed bug and will be found in warm climates like the southern states of the USA, Africa, Asia and Australia. The second strain: Cimex lectularius is the most likely type you'll encounter due to its very efficient feeding habits and subsequently these are found ALL over the world including in Reading!
Bed bugs aren't like other insects that feed on our blood, these gruesome creatures will snip a small hole in your skin and inject you with anticoagulants to stop your blood from clotting. After that they will actually sniff out a blood vessel which again they will cut into and use the pressure in our circulatory system to pump the blood directly into their stomach, swelling the insect to double or triple in size.
The bugs can't cope with that volume of human blood so they sift out the red blood cells which contains all the protein from the fluid, ejecting the unwanted 'blood' back out which leaves the signature black spots on sheets, bedframes and walls. Another give away clue to the presence of actual bed bugs and not another bloodsucker; mosquito's, is that you will often see a line of bites on the skin which is where the insects were feeding on the junction of the skin and the bed sheets.
In a hotel situation where rooms maybe unoccupied for long periods, bed bugs will know when a guest arrives; they pick up on exhaled carbon dioxide, on our radiated body heat and the countless numbers of chemicals given off by our skin, sweat and hair. Think of the smell wafting out of a gourmet restaurant, but in this case, tonight - YOUR the dinner! And if all this wasn't enough, the female bed bugs will lay down a pheromone trail to help her offspring - which are called nymphs, to find you,fast asleep laid out as a bed bug buffet and they're going to having the red! Sleep tight, hope the bed bugs don't bite.
Wherever you live in Reading, Wokingham, Bracknell, Maidenhead and throughout Berkshire, just going through the motions of normal life means that you could bring home bed bugs, All Aspects Pest Control can get control of your bed bug infestation through the use of cutting edge chemical treatments and the application of heat treatment.
Tagged as: Bed bugs
Share this post: