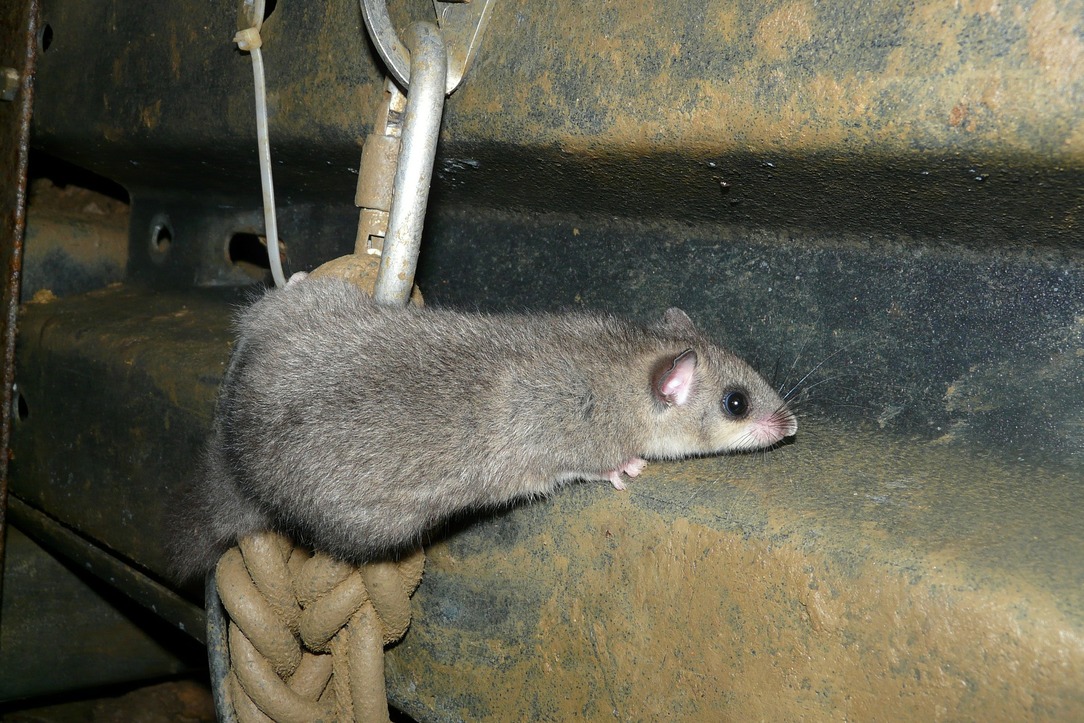 Posted on 5th August 2017 at 12:16
The edible dormouse has reached Caversham and Reading; things going bump in the night? It might be one of these bizarre creatures, protected by Law but treatable under License - All Aspects Pest Control Ltd is licensed to trap these rodents.
We'd heard last year that the edible dormouse had reached parts of Upper Caversham so we applied for and obtained the necessary license to deal with these animals. Glis glis look like a squirrel thats been crossed with an african bush baby; grey body and fluffy tail like the North American Grey Squirrel but with a rounder and much shorter face and large dark eyes.
Native to Southern Europe and common throughout the mediterrian basin, these animals were released into Tring in Buckinghamshire back in the early 1900's and have very slowly spread through the Chilterns following the woodland as it curls part the northern part of Berkshire and southern Oxfordshire - think of a line from Henley on Thames, through Shiplake and Binfield Heath onto Caversham, Goring Heath and Woodstock, ending at Pangbourne and Streatley.
Not only do the animals spread through their natural movement as the populkation increases, well meaning people will live catch them and take them via car to woodland many miles away and release them as a 'humane' gesture. It is illegal in the UK to release any live caught non-native species - Glis, squirrels, mink and muntjack deer are the main animals in this region which you'll encounter and are listed as 'non-native'.
Glis glis are extremely active for around five to six months of the year whereby they fatten themselves up and go into hibernation around October; they are skilled climbers and like their squirrel cousins make a lot of noise as they move around in their territory - which maybe your loft!
Glis glis are very much like rats in that leave behind lots of fecal deposits scattered everywhere (squirrels will tend to latrine so the mess stays in an area). And like rats they have really greasy fur which attracts dirt, leaving behind very unpleasent smear marks where they move through an area. The edible dormouse also likes to gnaw, filing down joists and boring through plasterboard causing significant damage.
Just like mice, rats and squirrels the Glis glis will also gnaw on the soft outer insulation of electrical cables and as an ex-firefighter I can personally testify to the fact that any rodent is capable of damaging cables to the extent where they can cause a fire. They also strip back the insulation leaving bare wiring exposed with the risk of an electric shock.
Any animal in the wrong place is a pest; whether its rats in Reading, or mice in Maidenhead the only sure way to deal with any infestation is to determine where the animals make entry, eradicate the population thats there and finish the job with proofing measures to ensure that they can't get back in and the problem is solved for once and all.
All Aspects Pest Control Ltd - Integrated pest management at work; we'll deal with your pests and leave you completely pest free with no way back in - Our customers are our priority; thats why we don't just come out, apply poison and leave you to go back through the same experience six months later.
Tagged as: Glis glis
Share this post: