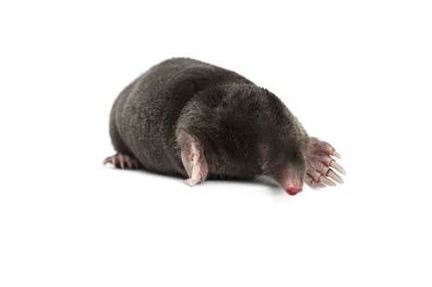 Moles - winter pest or not?

Posted on 18th December 2016 at 18:20
Moles in Wokingham, Bracknell and Maidenhead - molehills popping up literally everywhere!
Are moles a winter pest? I think so; throughout Britain but excluding Ireland the Isle of Wight and a few other islands, there's reckoned to be around 31 million moles living largely out of sight and out of mind from the human population. This number swells considerably after the breeding season where the young disperse from their mothers and begin developing new territories and tunnel networks.
Moles eat soil dwelling invertebrates like beetles and grubs, a large part of their diet consists of earthworms. Young moles start building their territory in June feeding on these and if the summer is gentle then greater numbers of juvenile moles will reach adulthood. When the soil is set hard like in periods of drought or intense cold, the moles' food source is trapped in that hard layer of soil making it difficult for the moles to find sufficient food and so mortality rates rise.
In autumn and through the winter when the weather is mild we see a great deal of mole activity as the newer territories are expanded and mole tunnels are dug deeper in readiness for the cold weather that follows; we have been out to sites where the tunnels are 18 inches below ground. We've certainly received a lot more calls to new molehills in Wokingham, Bracknell and Maidenhead in the last couple of weeks.
Moles expand their network of tunnels for one simple reason: food. They use the tunnels to trap invertebrates and when there are plentiful supplies of food they will seize worms, bite them in the head to immobilise them and store them in a purpose built chamber adjacent to the moles' nest. Moles eat almost half of their body weight every day and have a very low level of body fat - around 3 grammes meaning that a store of fresh food is essential if the ground above starts to freeze hard.
Present all year long and with a high level of activity in the spring, we think that mole activity is at its highest during the first part of winter as the levels of daylight fade and with those first few frosts: making moles a winters pest.
Mole catching in Wokingham, Bracknell, Maidenhead and throughout Berkshire / South Oxfordshire - we operate on a no catch, no fee basis
Tagged as: Moles
Share this post: