Posted on 1st January 2017 at 11:02
We're surrounded by rats, literally in their thousands; whether you live in one of Berkshires' larger towns like Reading or here in Wokingham there are hundreds of thousands of rats living happily up in our lofts or in the cupboard under the stairs, their often found scuttling about beneath the kick boards in the kitchen and lets not forget those rats that will be living underneath the garden shed!
We offer professional rat control in Wokingham, Woodley and throughout Reading and Berkshire, professional pest control from a family run business with over 15 years experience in pest control. 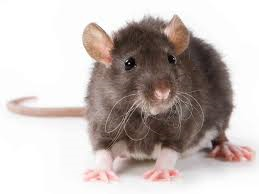 I live in Woodley and believe me when I say that this town has a lot of rats and no matter where you live: rats cause havoc. They spread fear through late night sessions of gnawing on wooden joists or by climbing up and down inside the cavity wall; this will dislodge loose bits of masonry which rattle down the walls, making it sound like something much larger is living in there.
It doesn't help that the tabloid press delight in posting stories about giant rats or the latest man-eating rat which has grown to the size of a small dog, when I get called out to a new rat infestation I will always be asked the same question - "Where do they come from?"
The simple answer to that question is that they've always been with us, these rodents and that includes the house mouse have adapted to live alongside mankind and have been given the title 'comensul rodents' which means literally 'living from the table of man'.
The rat or Rattus norvegicus to give it it's rather posher Latin name lives on just about every continent colonised by mankind - with the exception being the Antarctic (for now). The rat and often called the brown rat to differentiate it from another type; the black rat, is a truly global resident and scientists have just completed the first in-depth genetic study of these animals and the findings are that rats have successfully spread themselves all over the world in just under 300 years.
The brown rat which also goes by the title 'sewer rat' due to one of its favourite habitats received its full Latin name and its Norwegian moniker by British academics as it was first seen it Britain in 1728 arriving in cargo vessels from Norway and we mistakenly thought it was a species indigenous to Norway. The truth about the brown rats' origins is far more exotic and even shocking.
Fossil records found in Northern China show the appearance of the first fur covered mammal; a small rodent like creature with short powerful legs in the Jurassic period, this animal was named Juramaia - "Jurassic mother from China". DNA evidence shows us that this one species was the precursor for all placental mammals; which includes us!
The rat flourished and with the arrival of modern man it adapted its lifestyle to live close to humans feeding on our waste and food storage after we became hunter gatherers. When man started trading goods between tribes the rat followed, eventually as trade increased rats took advantage of first the spice caravans then later galleons and sailing vessels.
From this point Rattus norvegicus showed how adaptable and what an opportunist it was by hitchhiking rides throughout Europe and onto the New World; America and South America and then Australasia. The rat from Wokingham traces its lineage back all the way to ancient China.
There is one place however where the rat has been unsuccessful and understandably so; Chernobyl. After the disaster an exclusion zone was set up that covers an area of land roughly the same size as Luxembourg. Wildlife has quickly recolonised this land without the presence of man to interfere; bears, wolves and even lynx are some of the species that roam the streets of Pripyat (the closest town to Chernobyl) where 50,000 people used to live. Two species that have failed to flourish in this new Eden? The rat and the domestic pigeon: the two species that thrive on the leftovers and waste of mankind.
Rats now reside with us whether we like it or not; every maritime port in the world has its population of 'local' rats and these animals are fiercely territorial, fighting new comers to the death to defend their home ground. Any disembarking rats face the gauntlet of a strong family of rats that will literally kill any newcomer.
Ironically this behaviour is the single redeeming feature of the rat; any rat arriving from a foreign country maybe carrying new strains of bacteria or even plague, as much as we hate rats our resident rats are fighting and killing these foreign rodents and helping to keep new strains of disease from these shores.
I'm no fan of rats, I encounter them when they're already living in our homes; urinating and defecating all over our possessions, spreading bacteria and nasty pathogens like Weils Disease. As well as the disturbance, the noise and the increased anxiety generated by their activities just their presence is enough to make them Enemy Number 1 on my list of pests.
However given their history and their obvious success coupled with our inability to eradicate them despite hundreds of years of trying, I think that Rattus norvegicus will always be with us and that they might be of a slight benefit to us - live long and prosper brown rat just not in my house!

For all your pest control requirements throughout Wokingham, Reading and Berkshire including: 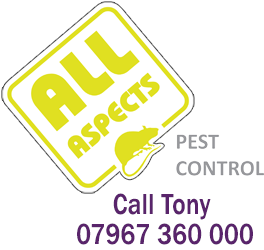