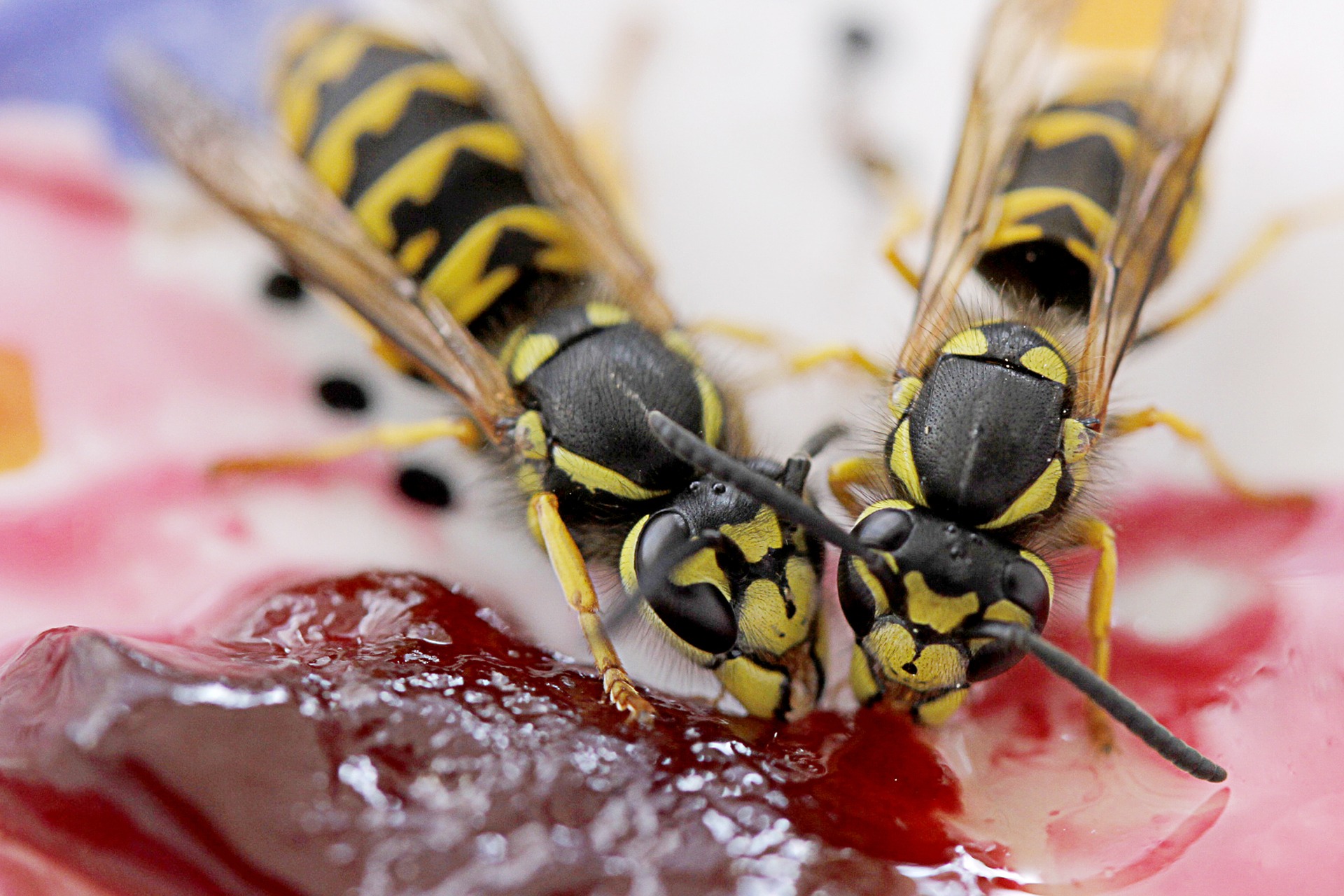 Posted on 21st June 2017 at 09:24
The striking yellow and black banding on wasps has always thought to be a warning sign - "Danger I sting!" but scientists have discovered that the bands are the insect equivalent of solar panels allowing the wasps to covert UVB into insectricity.
Its June and as pest controllers we're getting more and more callouts to deal with pesky wasps, as temperatures climb so does the wasp activity; is it any coincidence that as the weather gets hotter that the wasps start becoming such a pest? Apparently not according to groundbreaking research.
According to recent research coming from Israel, scientists there have discovered the real meaning behind the distinctive black and yellow banding; like many people we've always assumed that the yellow and black was a coded warning - "Don't mess with me I pack a punch". Military aircraft ejection seats, lift car gaps and the edge of train station platforms all use these two colours to indicate -DANGER.
Its now been proven that in regards to wasps and hornets the reason for these colour combinations has nothing to do with a warning but all about energy production instead. In the insect world, ladybirds, some beetles and weevils all use the colour red to signify a warning to predators - after all as everyone knows, Billy Ocean sings about red light spells danger!
Researchers from Tel Aviv have discovered that wasps use a form of photosynthesis taking energy from the sun in the form of UVB radiation which is captured within the yellow part of the insects body. Having studied wasps and hornets they have found that the darker stripes comprise a series of narrow grooves which break up and reflect light whilst the yellow areas contain minute depressions which capture light and a pigment in the insects outer shell called xanthopterin converts this into electrical energy - we call that insectricity!
The research suggests that wasps are busiest when the sun is at its hottest during the middle of the day and can use some of this excess energy to actually keep themselves cooler than the surrounding air temperature, something we could do with given this heatwave! So wasps are really flying solar panels - they still pack a painful punch though!
No matter how clever the wasps and hornets are, we can outsmart them with a range of modern insecticides, so if you have a wasp problem call on All Aspects Pest Control - we pack a punch of our own!
Tagged as: Wasps, bee's and hornets
Share this post: