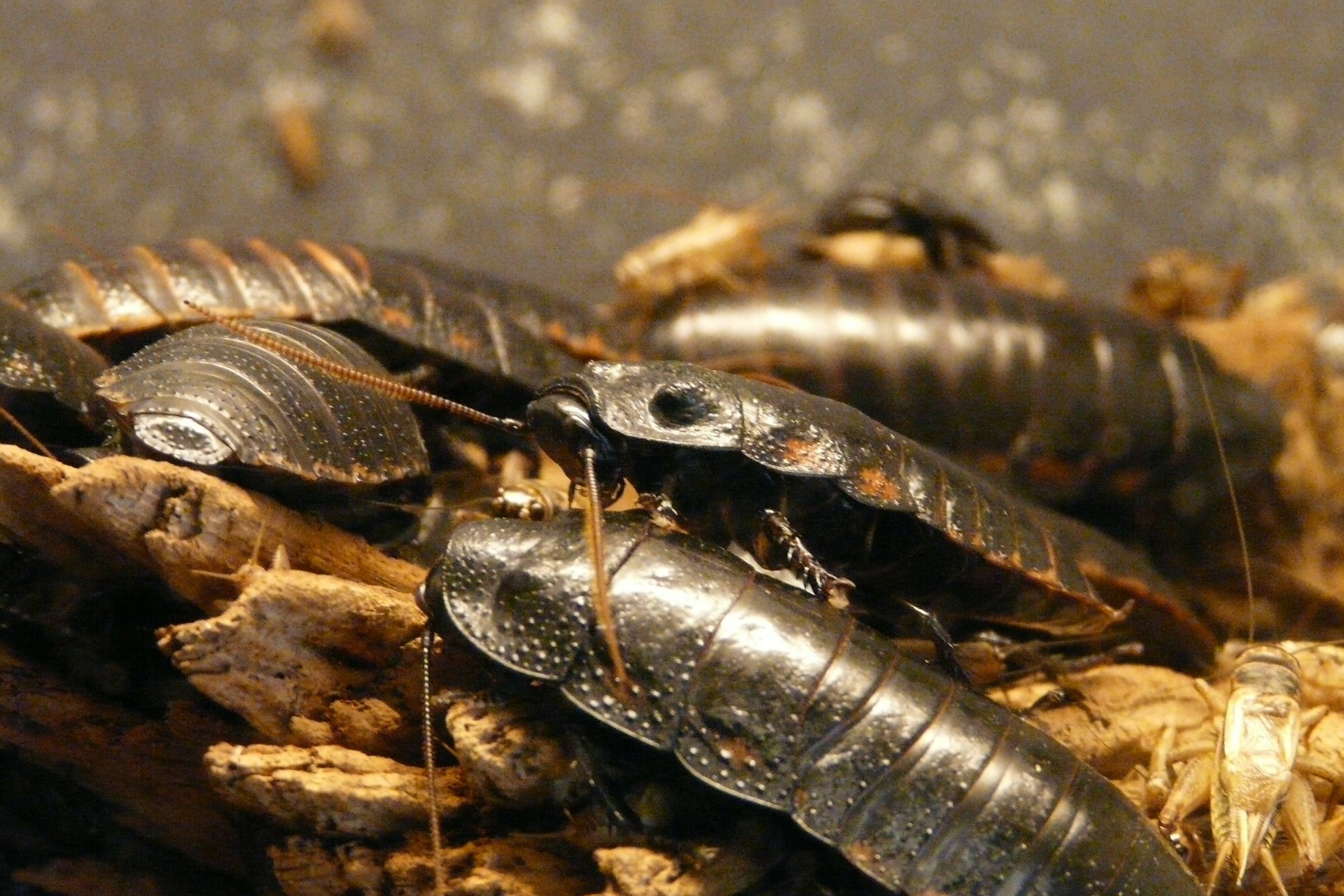 Super-roach - will cockroaches inherit the earth?

Posted on 10th January 2017 at 17:15
Cockroaches as much as they're repulsive horrid insects, you have to give them their due as the 'Rocky Balboa' of the insect world; they have been around for millennia and they have a fossil record history that goes back in time for over 300 million years, so its little surprise that these insects are fast becoming a pest control technicians Number 1 pest in the UK.
We routinely get called out to cockroach infestations in Wokingham and Reading and we are experts in eradicating cockroaches using insecticide gels and liquid sprays; if you live in Berkshire and you have cockroaches we can help.
The three species of cockroach that we routinely deal with as pest controllers are the German cockroach, which despite its name has actually no connection to our European neighbour; in Germany they call it the Russian roach (and no connection to Russia either!). This insect originally evolved from Asia and due to its phenomenal reproductive ability its become a major problem worldwide.
The females become sexually mature within two months and each cockroach lays on average 32 eggs inside a protective case called an ootheca.
These cockroaches prefer to live confined in really small spaces like the gap between a kitchen cupboard and the wall; this means that its very easy to overlook the roaches and a thorough survey of any possibly infected premise is so important. They also hide away in the depths of electrical appliances like microwave ovens and these can be carried in along with secondhand kitchenware.
Another cockroach that we occasionally get called out to is the Oriental cockroach, this insect has a completely different habitat and likes damp or wet conditions. Wherever you find leaking pipes or drains and cockroaches it'll be this cockroach, so much so that its got the nickname "water bug" because of its love of the damp. These have a much slower development that the German cockroach and produce around half the number of eggs.
The third member of the group is the American cockroach which again has absolutely no connection to the country that its named after; these were introduced to the Americas from Africa back in the 17th Century and due to its preference for warmth, this roach will be found throughout the Mediterranean basin and particularly Spain and Portugal. American cockroaches often pop up in Wokingham as a result of holidaying in these countries.
Out of the three cockroaches the American is the fastest and often you'll get the slightest glimpse of one as it runs across the kitchen floor when you switch on the lights; these run at 50 body lengths per second. In human terms that's a speed of 210 MPH: if the German cockroach is Rocky then the American is the Usain Bolt of the insect world!
Typically we get most of our cockroach call-outs in Wokingham and Reading after the summer holiday season, insects will often crawl into luggage that's been left open especially if they've been slid into the dark under a bed. There are many myths about cockroaches and the most popular one is that they can live after the head has been cut off. Well, that's true insects don't have lungs in the sense that we do, they have a set of tubes attached to each body segment called a spiracle and this acts like our trachea drawing oxygen into the insects' body. Cockroaches also have a nervous system that is similarly divided along a ventral nerve meaning that even the head will continue to live for a short time.
Cockroaches also bite: another fact! They have incredibly strong jaws and can apply a force which is 50 times that of its body weight and sailors of old used to wear gloves at night to stop the roaches from nibbling on their fingers.
Finally the most common myth about cockroaches inheriting the earth after a nuclear war; they can withstand much higher dosages of radiation than us because of cell regeneration. Radiation damages cells when they are in the process of dividing and as ours are continually dividing we are easily damaged by radiation, cockroaches only go through this process about once a week when molting (shedding their exoskeleton) and have a greater resistance to the damaging effects of radiation, however, the amount of poisonous fallout generated from a full blown nuclear war would soon take care of the cockroaches ... a bit like we do!
Tagged as: Cockroaches
Share this post: