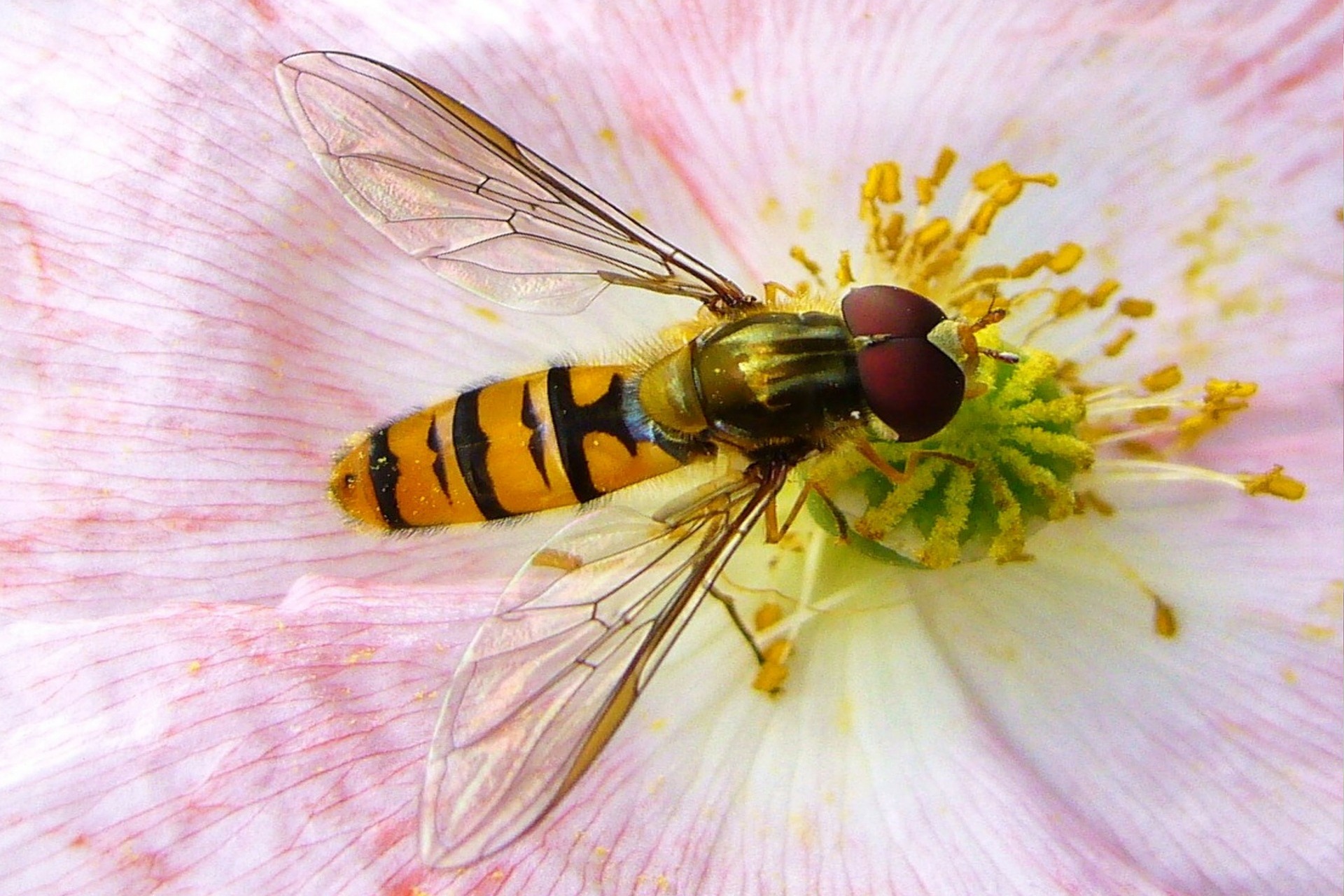 Posted on 13th June 2019 at 13:39
I couldn't help myself when I saw these poppies growing at the side of the road and to my delight someone else couldn't resist either!
We love bee's and this includes hoverflies - masters of disguise.
The marmalade hoverfly; I'm not making it up that's its name, a harmless pollinator which is common all over Berkshire, Hampshire and Oxfordshire - one of the 90 different species that we have in this area.
In total there are over 290 different species of hoverfly living in the UK: a flash of colour and a buzz of wings, most people see these and immediately think they're wasps. This is exactly what the hoverfly wants you to see because that's its camouflage in action.
There are hoverflies that mimic wasps, some that look like bee's and others that are disguised as hornets, all to fool predators and of course US as well.
We certainly wouldn't treat hoverflies - well they don't still for long so we probably couldn't even catch them, no threat to us and if you're a keen gardener their larvae eat greenfly so very beneficial.
At All Aspects Pest Control we try and educate about bee's, bumble bee's and hoverflies - these insects don't require controlling, if you have an issue with bee's give us a ring. Re-homing is the best option and in the case of honeybee's we cannot treat these without returining and sealing up the comb.
Its often better to wait and let them move on of their own course than interfere. 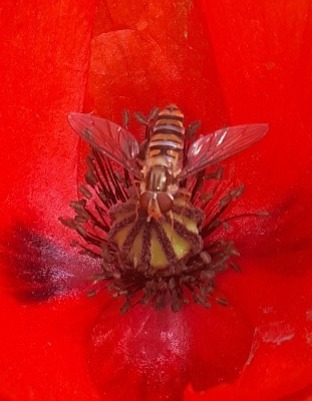 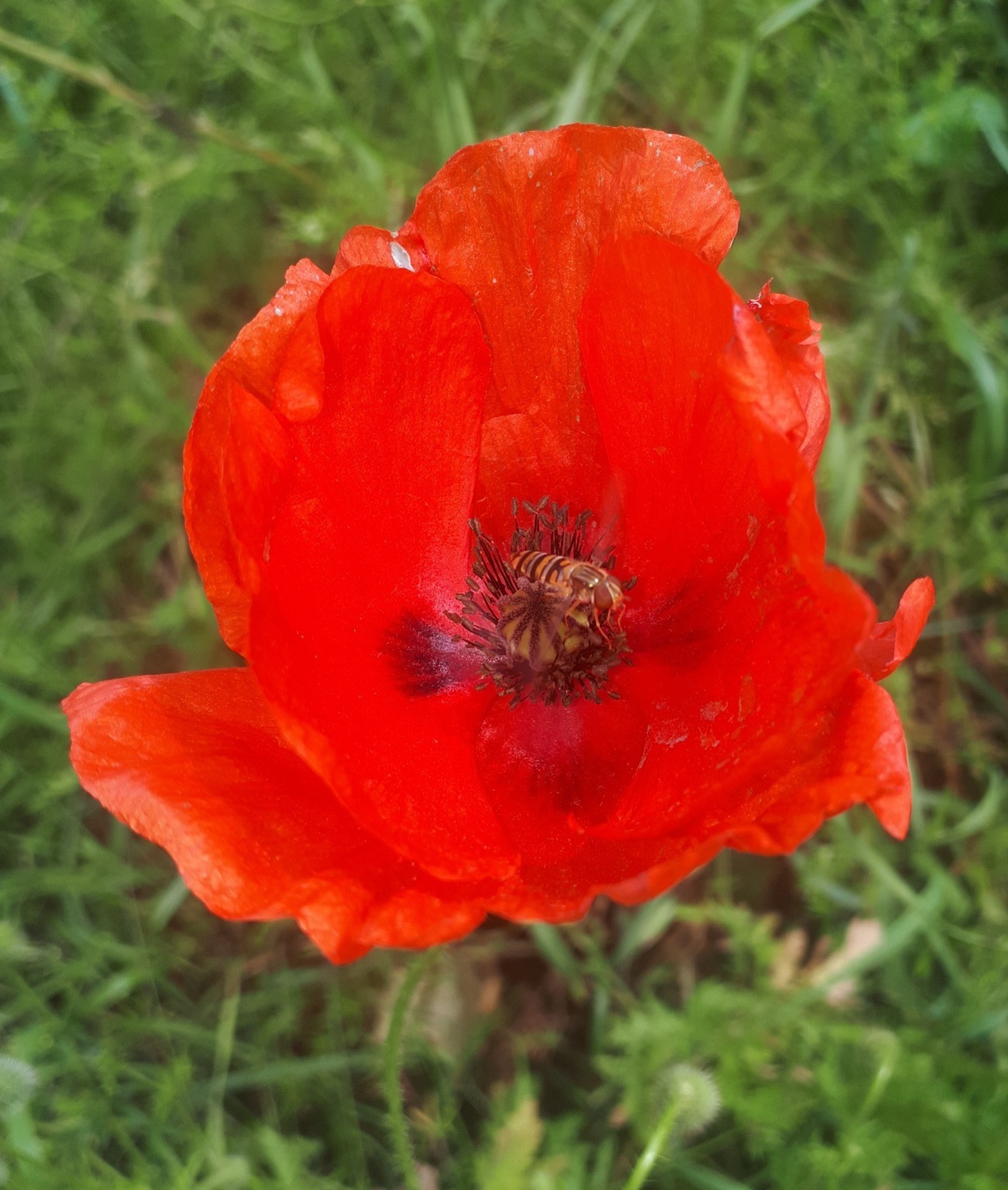