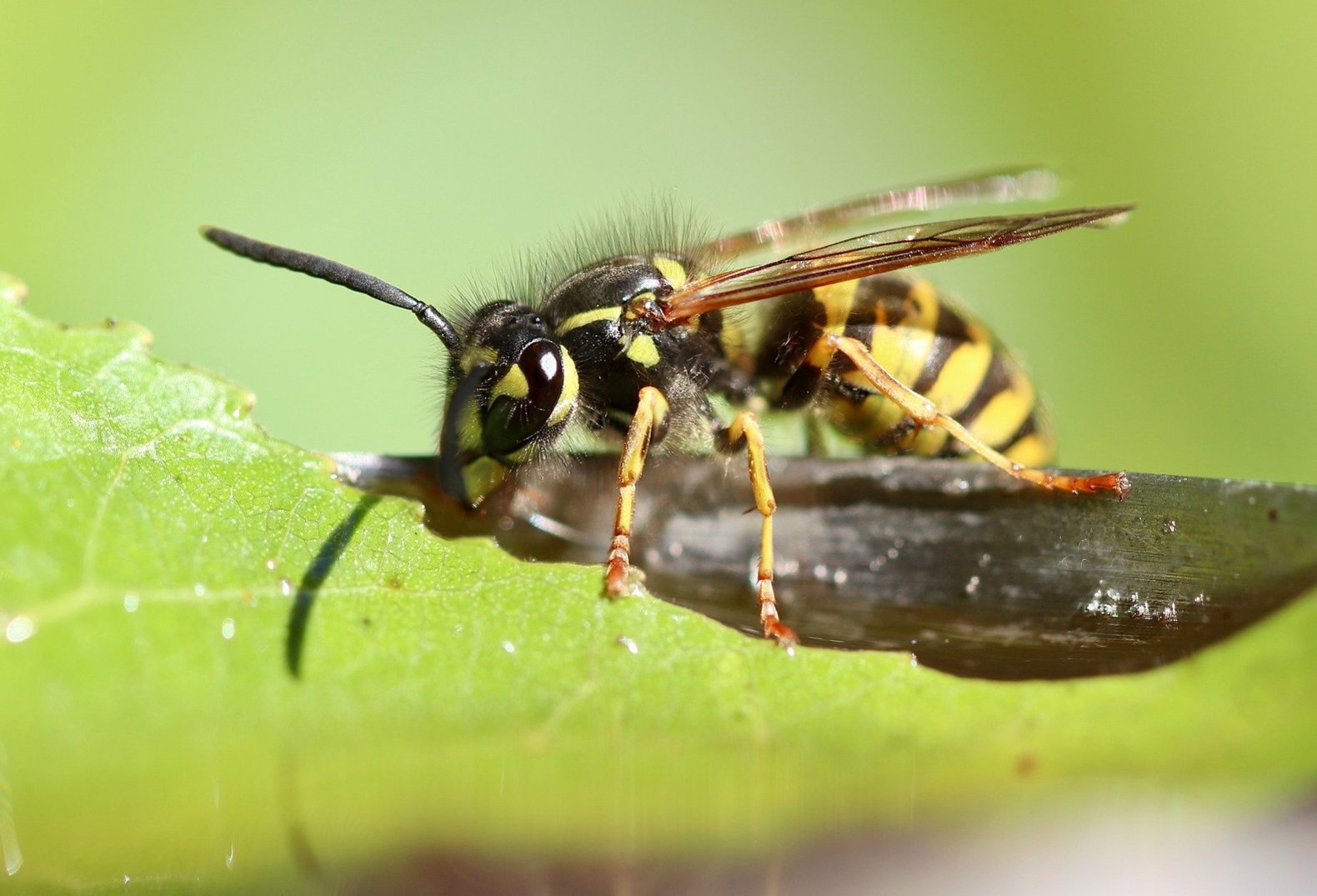 Wasps in Reading and why they are such a pest

As we go into the autumn, we are seeing some amazing things happening with wasps, for many people who have experienced a wasp nest in their home, its been an unnerving encounter and especially so at this time of year when the wasp population is at its highest.

Two things are happening right now; the wasps are coming to the end of their season and you’ll either see a colony collapse or the slow but steady reduction of wasp activity. Why is this activity happening? The wasp nest that you have was started by a lone Queen back in the spring and now she will be dying or already dead; her lifecycle has reached its conclusion and what is left are the worker wasps, their male offspring, and the new Queens.
What will happen over the next few weeks is that for some species of wasp when the Queen dies, the colony disintegrates, her presence bound the wasps together to fulfill one function – the production of those new Queens. When she dies these young Queens will mate with the male wasps which are produced by the resident female workers and then fly away leaving the workers behind. 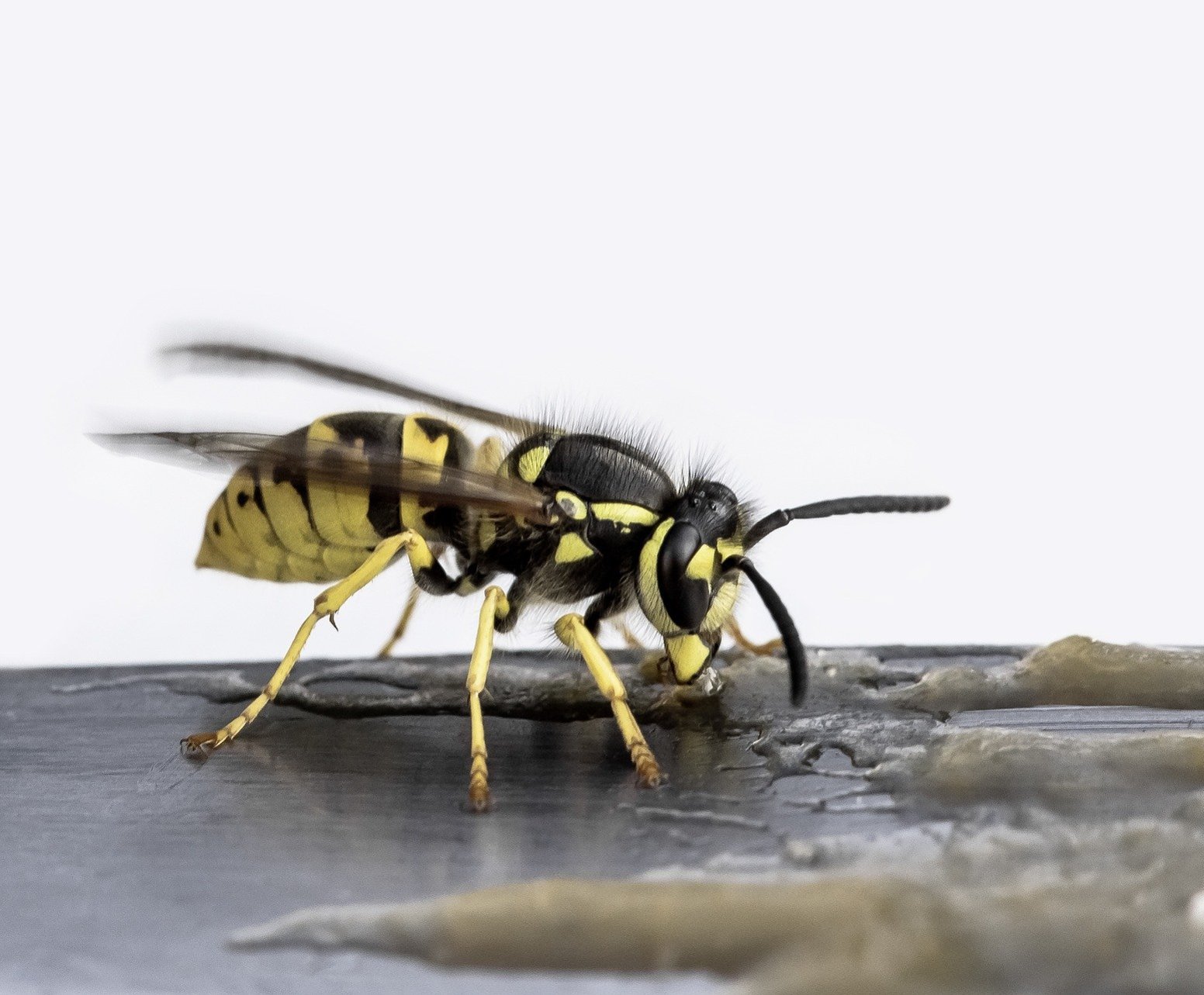 The reason why I say that the nest disintegrates is that there is a symbiotic relationship within the colony – the Queen is fed and protected by the workers and in turn she lays the eggs which they place in cells which are constantly being built. Wasps are industrious insects, and each nest is a new creation; they don’t use old nests and they don’t re-use the hexagonal brood cells.
More information about insect colonies and Eusociality can be found at the eLife website: click on the button below to find out more.
colony life
The eggs hatch into larvae which are then protected and fed by the workers just like the Queen; the workers bring in insects and chop up the soft parts, discarding legs and wings and then feeding a mush rather like baby food to the larvae, who will then regurgitate some of that food which the workers then eat.
We’ve all seen wasps in empty Coke bottles or on fallen apples and just like a blowfly, they suck up juices rather than eat solid matter. For this reason, wasps are seen as pollinators as they are drawn to nectar rich flowers for the sweet liquid contained within. 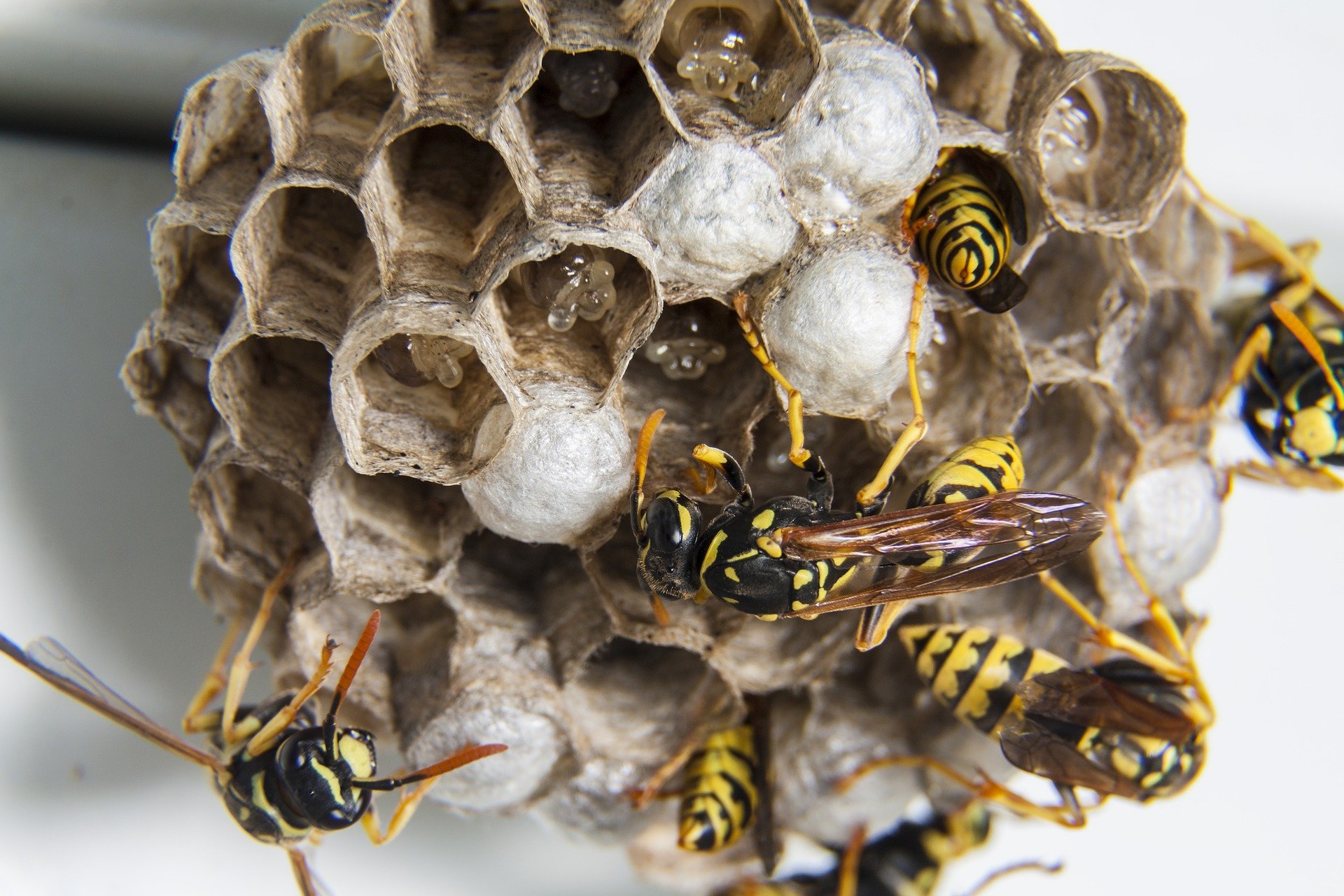 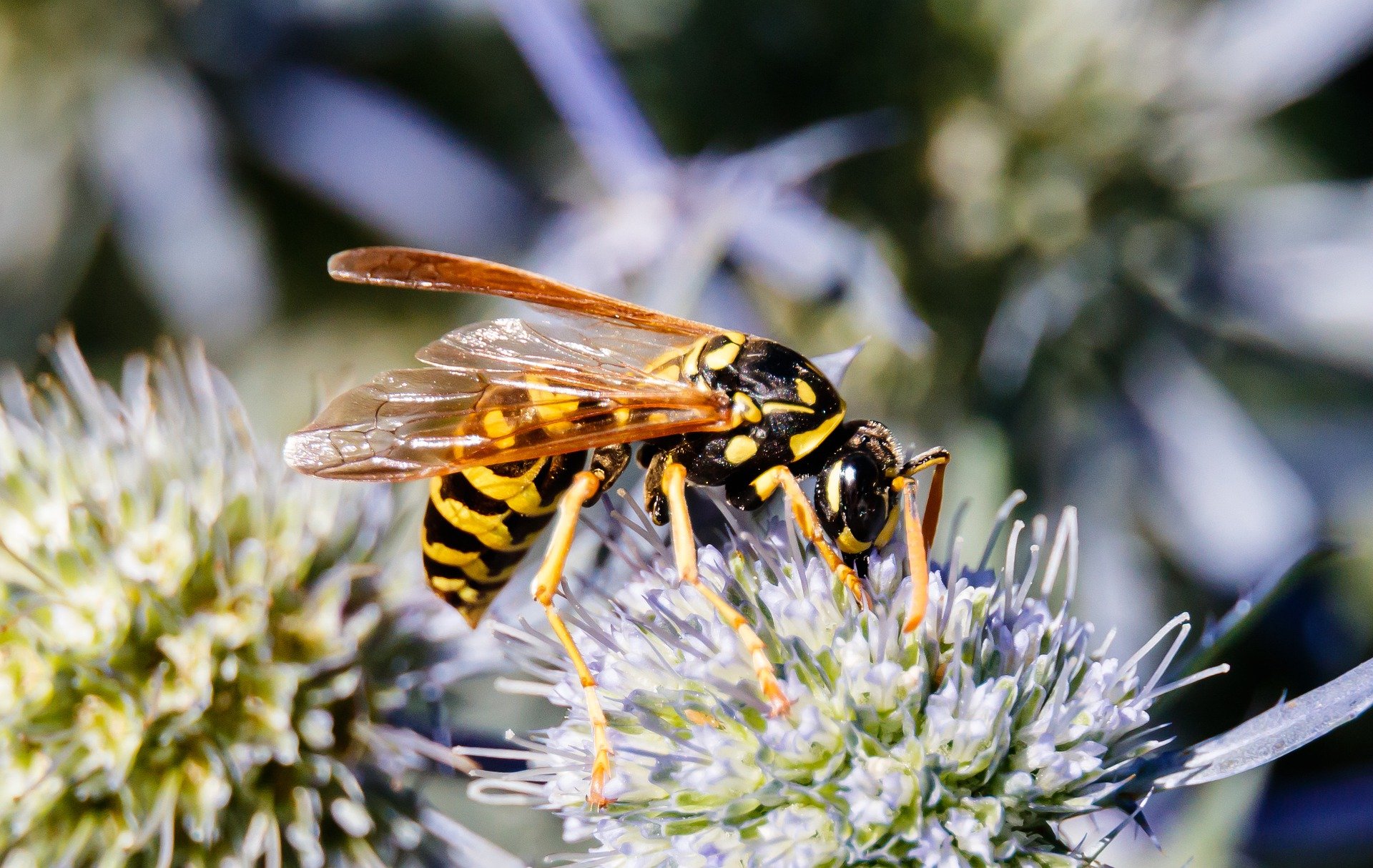 The Queen is dead. Long live the Queens.

When the Queen is dead, no more eggs will be produced which means no more larvae and no food for the wasps. If the nest has been successful, you may see several thousand wasps at the end of the season and in the case of the colony collapse, several thousand confused, hungry wasps literally crawling everywhere.
It seems of all the species the Saxon wasp is the most common one that we encounter like this and it’s a frightening spectacle as just about every square inch of a garden or some other outdoor space has a wasp on it.
This scenario is almost impossible to treat as we can’t just spray insecticides around due to the risks involved. Without a functioning nest to protect, the wasps lose their aggression although they will still deliver a sting if sat on or interfered with, so they are best avoided.
This then brings us to that other type of nest where the activity is slowly diminishing; often these nests will be inside the loft and at this time of year people who were aware of the nest think that its OK and not a problem – but, how wrong they are! 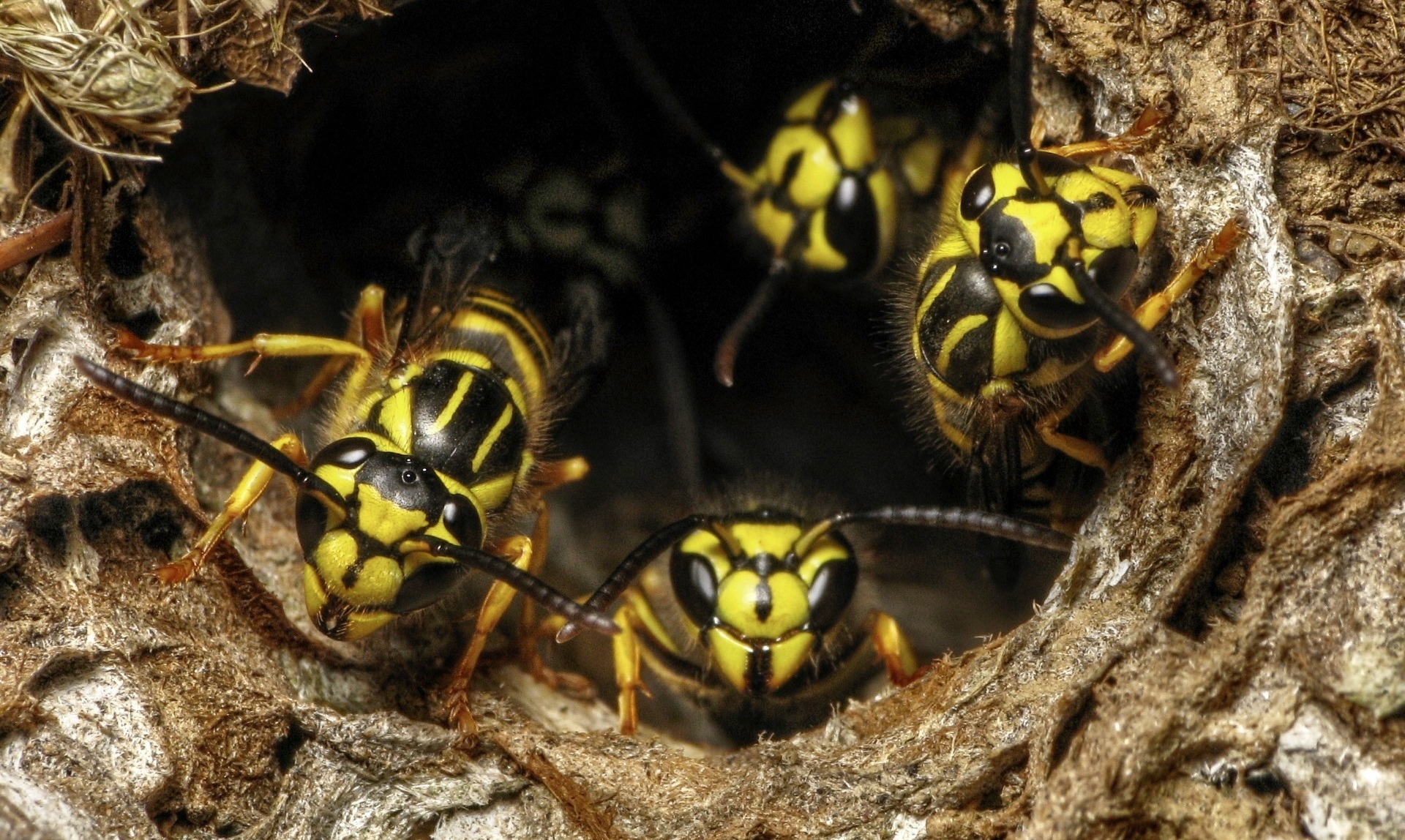 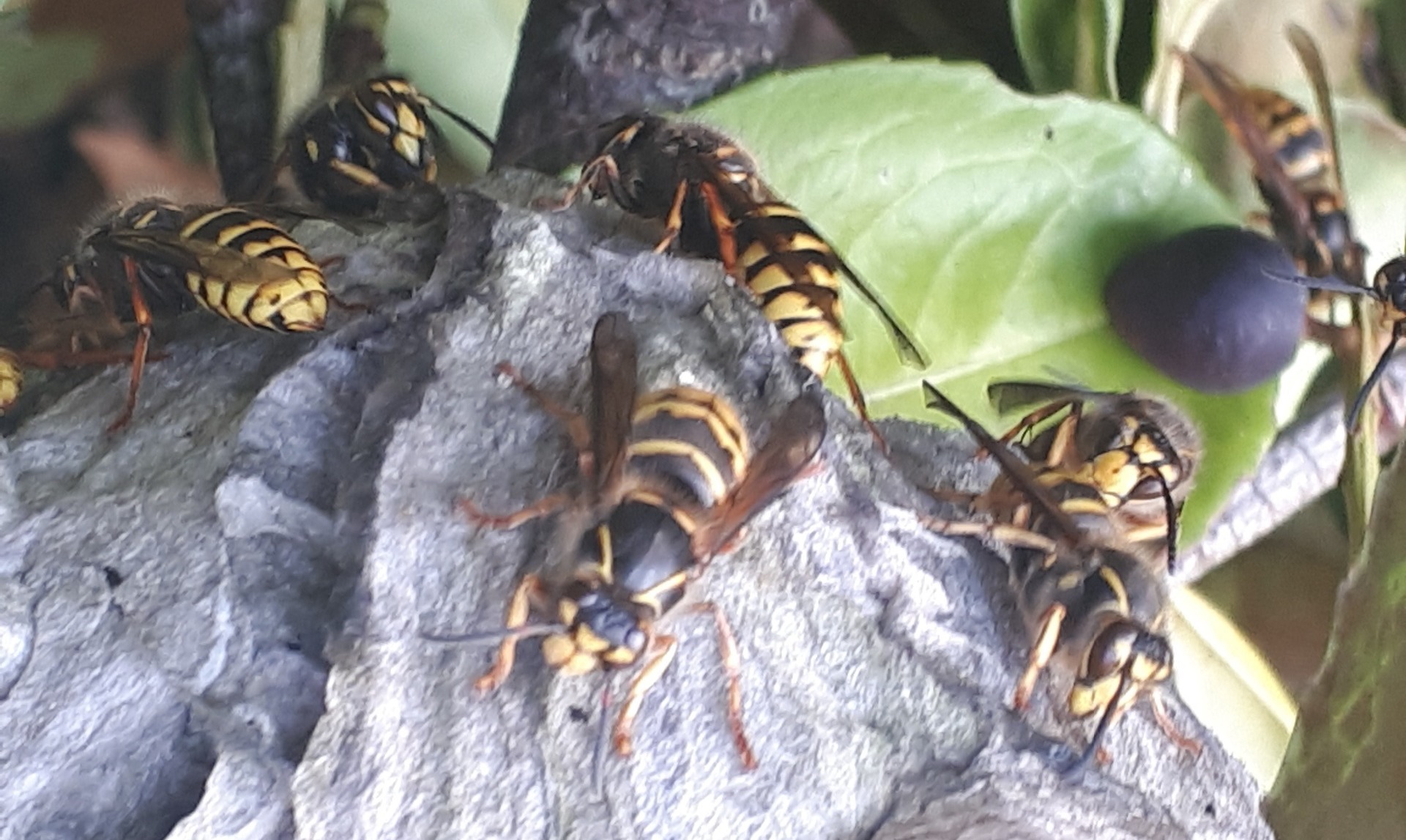 When a wasp nest is in a great location; protected from the weather with plenty of insect life outside for the workers to predate, then nests can grow to quite a large size and hold many thousands of wasps; there are two main reasons for nest size: true DNA and part DNA.
The going on’s inside a wasp nest can be almost something from the TV series “A Game of Thrones”, if the Queen mated with several males and has several different packets of sperm to fertilse her eggs, the workers will all be half-sisters and because of the mixture of DNA, conflict arises inside the colony. Like chickens, workers lay unfertilised eggs, and in time these will pupate into the smaller male wasps; these males have little role in the development of the nest as they are much smaller that the females but their production is important to the future of the colony.
As half-sisters, some wasps will pluck an egg from a brood chamber to feed to the larvae in another chamber whilst laying their own eggs and then staying inside the nest to protect these as they develop.
These nests will be much smaller than the single DNA type where the Queen only mated once and where there is no conflict as all the workers are all true sisters; the difference is that the multiple DNA will end up being stronger overall as there is less chance of disease.
The wasp nest that forms inside the loft may become really large over the course of the summer and these will produce hundreds of new Queens; in situations like this when the old Queen is gone but new ones take her place, the workers will continue to bring in insects to feed these young Queens. They don’t need to fly away and fend for themselves as they have an army of workers who are all bound to serve their offspring for as long as they can. As long as the workers survive, the Queens will get fed and we can see these nests still being active right up to the first frosts in December or January.
As the Queens are in place inside the loft, they’ll stay there and hibernate through the winter and this is where the problem lies; come the warmer days of March and April and coupled with the effects of central heating, we see a lot of callouts to people suddenly finding wasps crawling down from the loft through cable holes around light fittings, the gaps around downlighters and through extractor vents.
People suddenly find themselves confronted with slow moving zombie wasps crawling around the house, and this may go on for days or weeks and again its difficult to treat these types of infestation as the Queens will have crawled out of the nest and gotten to just about every point in the loft, under insulation and stored items where an insecticidal spray won’t reach them 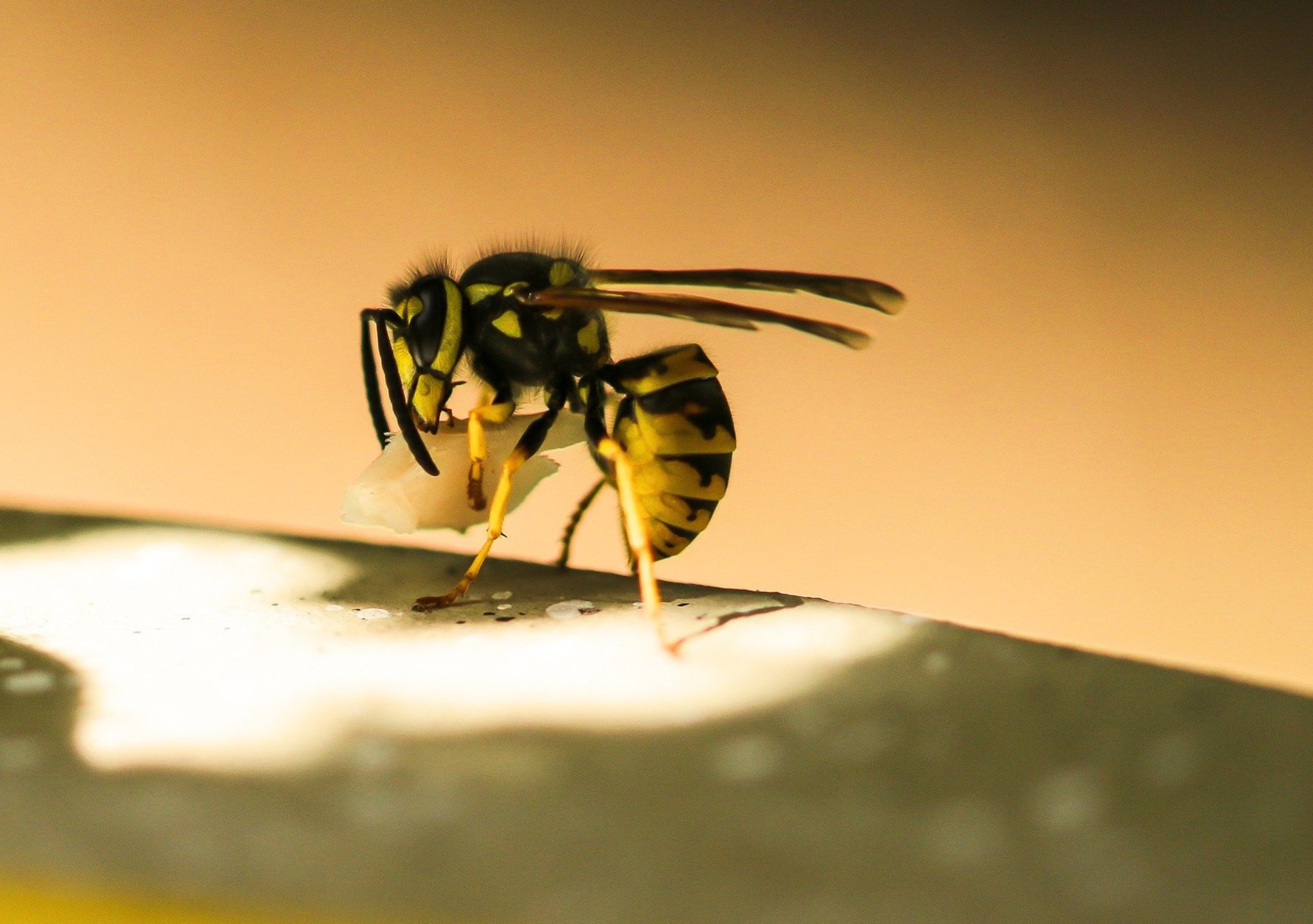 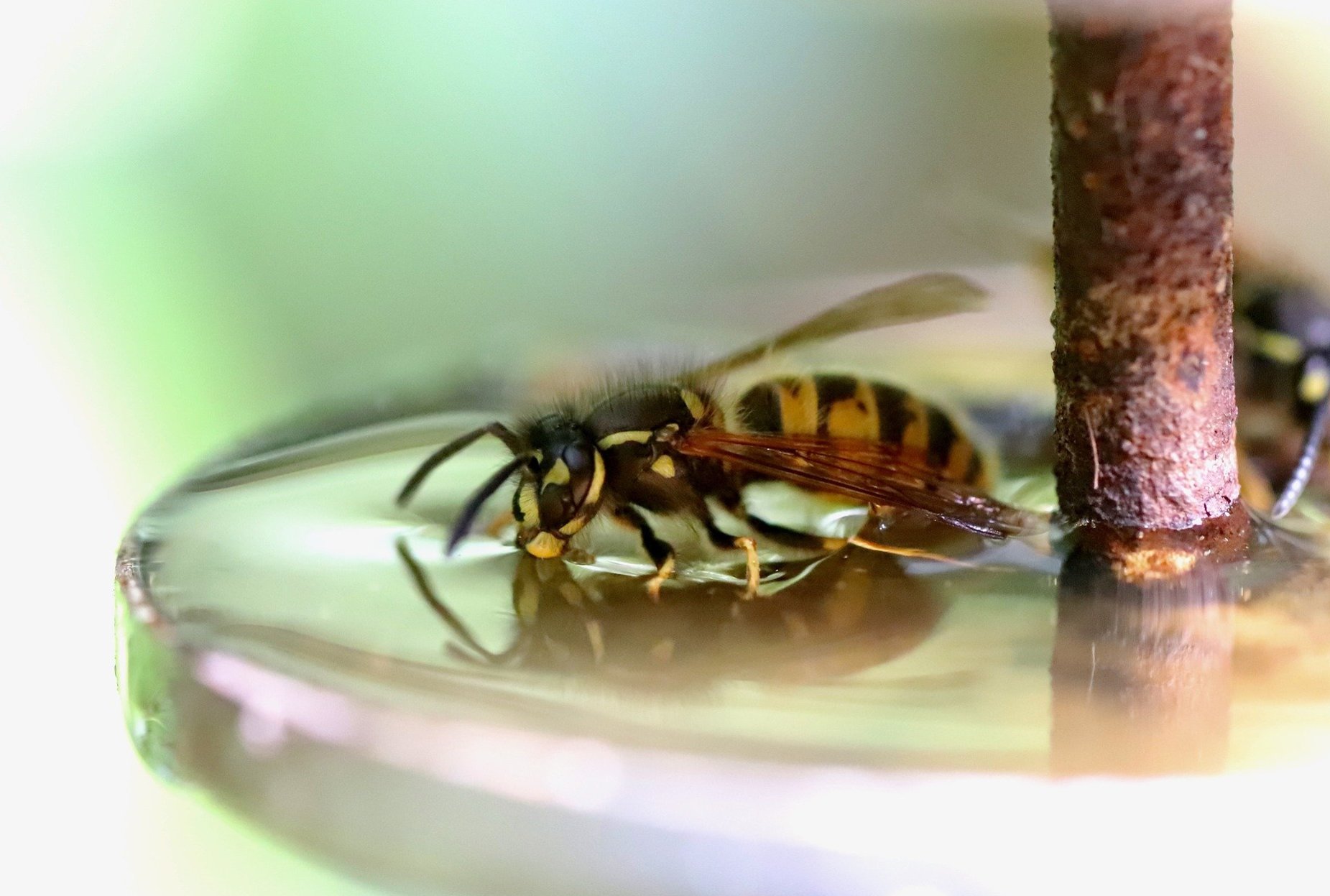 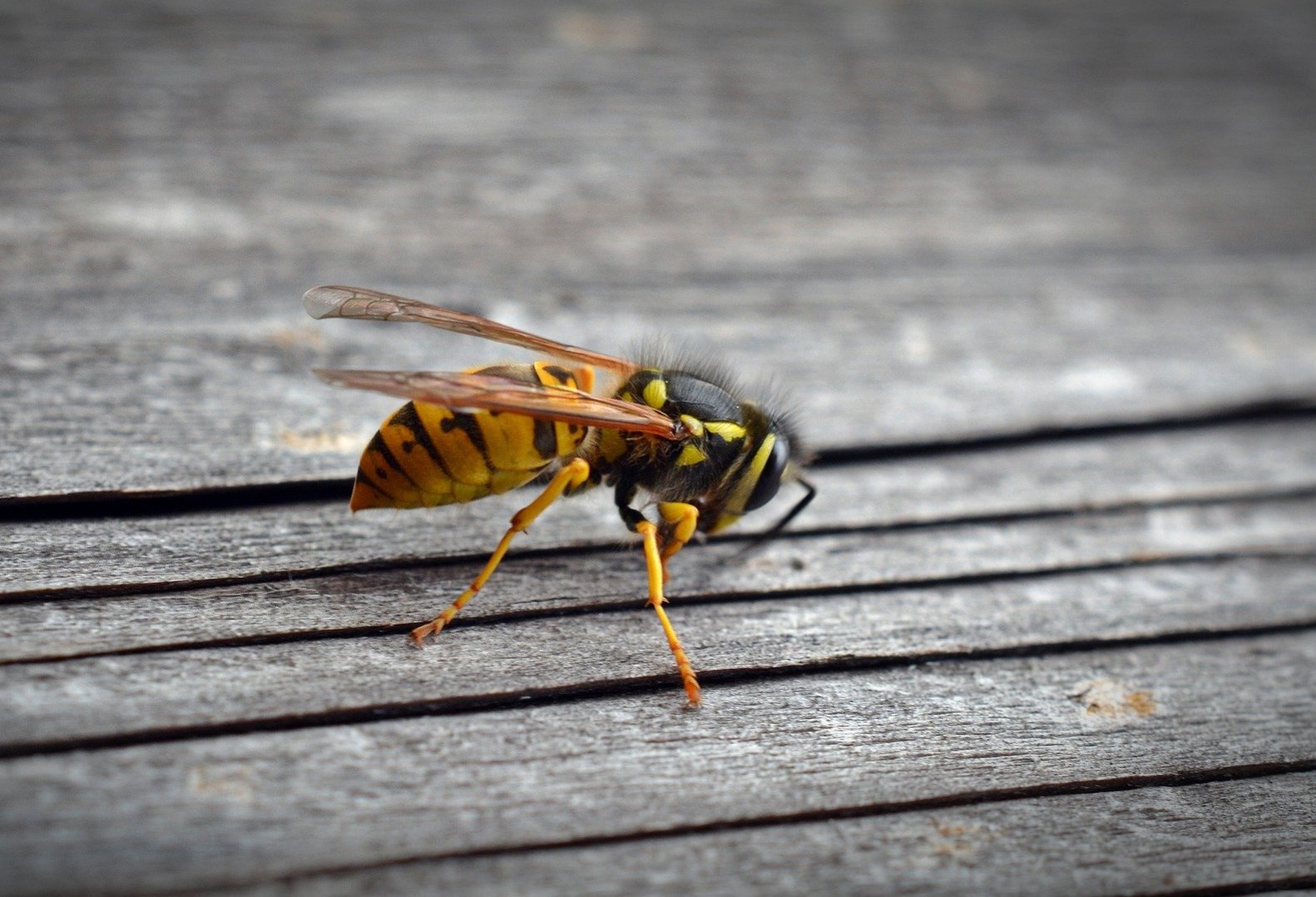 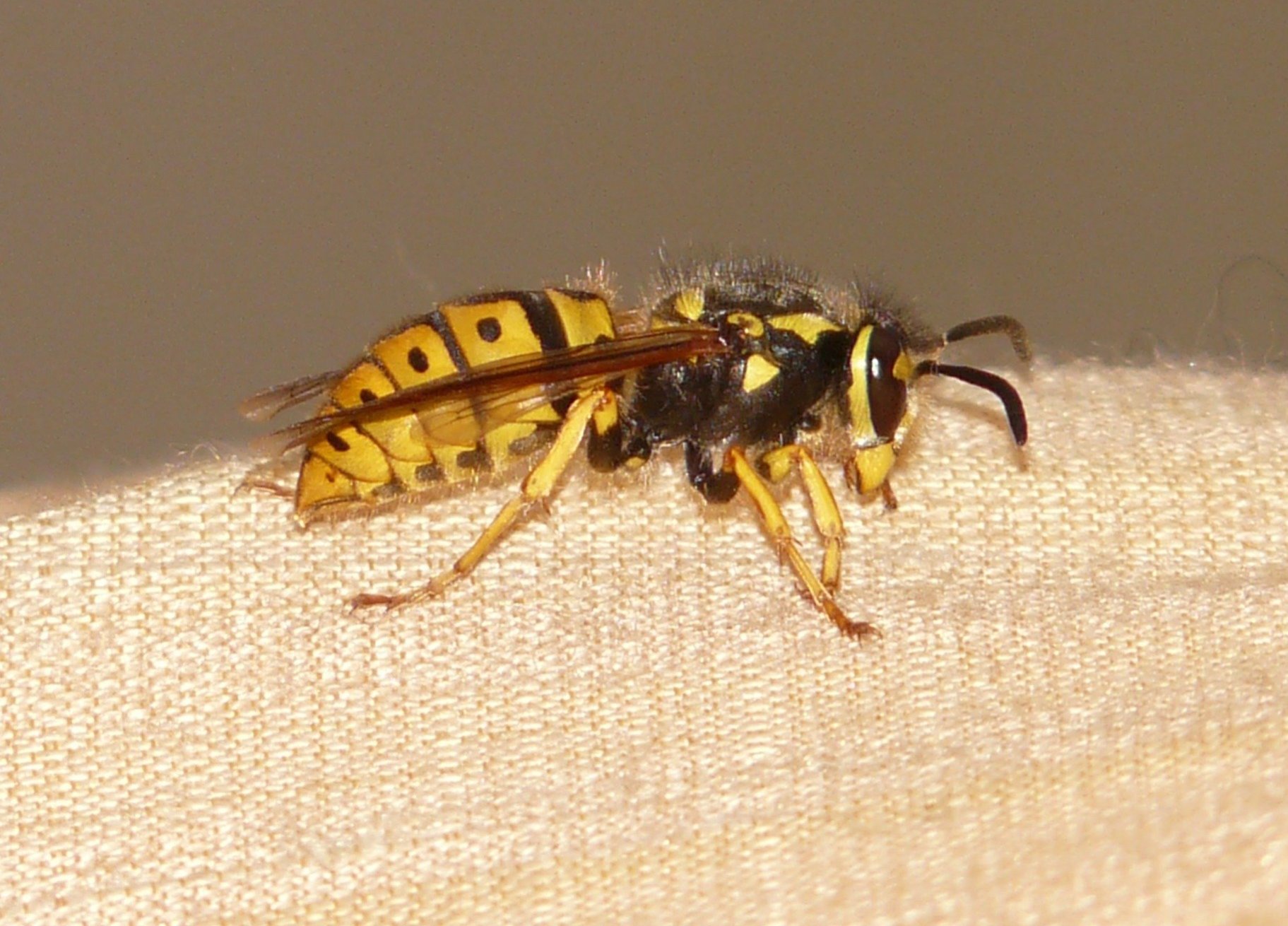 The cycle begins again and the job of each of these Queen wasps is to start her own colony with a view to creating as many new Queens as possible, the advice I would give is don’t ignore a wasp nest thinking that it won’t be a problem as its high up in the roof or in an old chimney. Wasps are amazing insects but like everything that we deal with, a pest is only an animal or insect in the wrong place.
If you find a wasp nest, get it treated as soon as possible so you can enjoy the summer and autumn without fear of being stung or the bother of wasps hanging around when you’re enjoying a late summer BBQ. We aim to get out to customers within 24 hours of their call when it comes to a wasp nest removal, and we guarantee all of our wasp treatments. 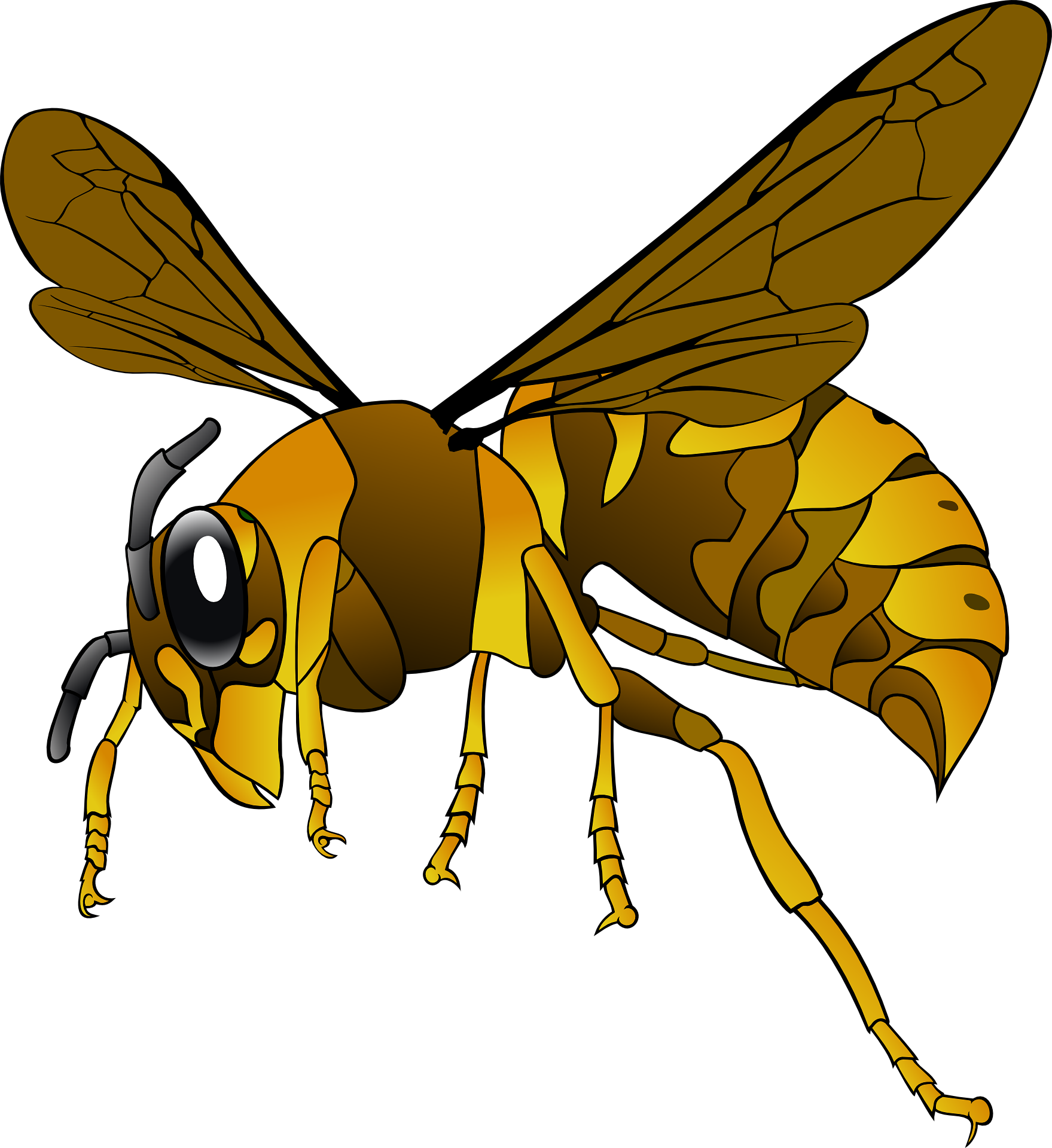