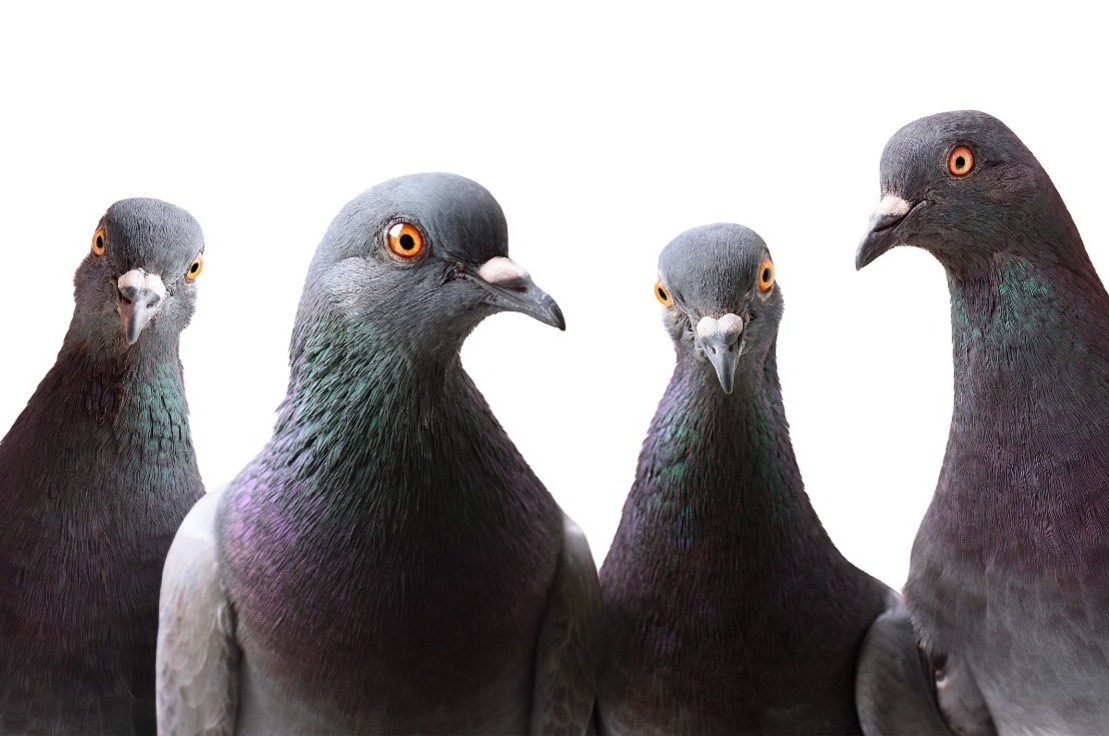 The biggest avian pest is without doubt the feral pigeon, this is a clever and highly adaptable bird and at its most inventive when looking for suitable nesting sites and as there is a lot of competition for these, the birds will resort to all sorts of measures to claim that site.
We were asked to provide a pigeon solution for Citizen Watches in Wokingham; previously another company had installed bird spiking onto the support beams that hold up the roof of the buildings loading bay. The birds had decided that they wanted to nest here and so, pigeons being pigeons they had squeezed into the smallest of gaps and built their nests in the open crown of spikes provided.
Three pairs of birds had built nests and they were depositing huge rafts of guano onto the inside of the loading bay floor, making the area a real mess and an unhealthy place to work. Something other than spiking was required to resolve the problem. 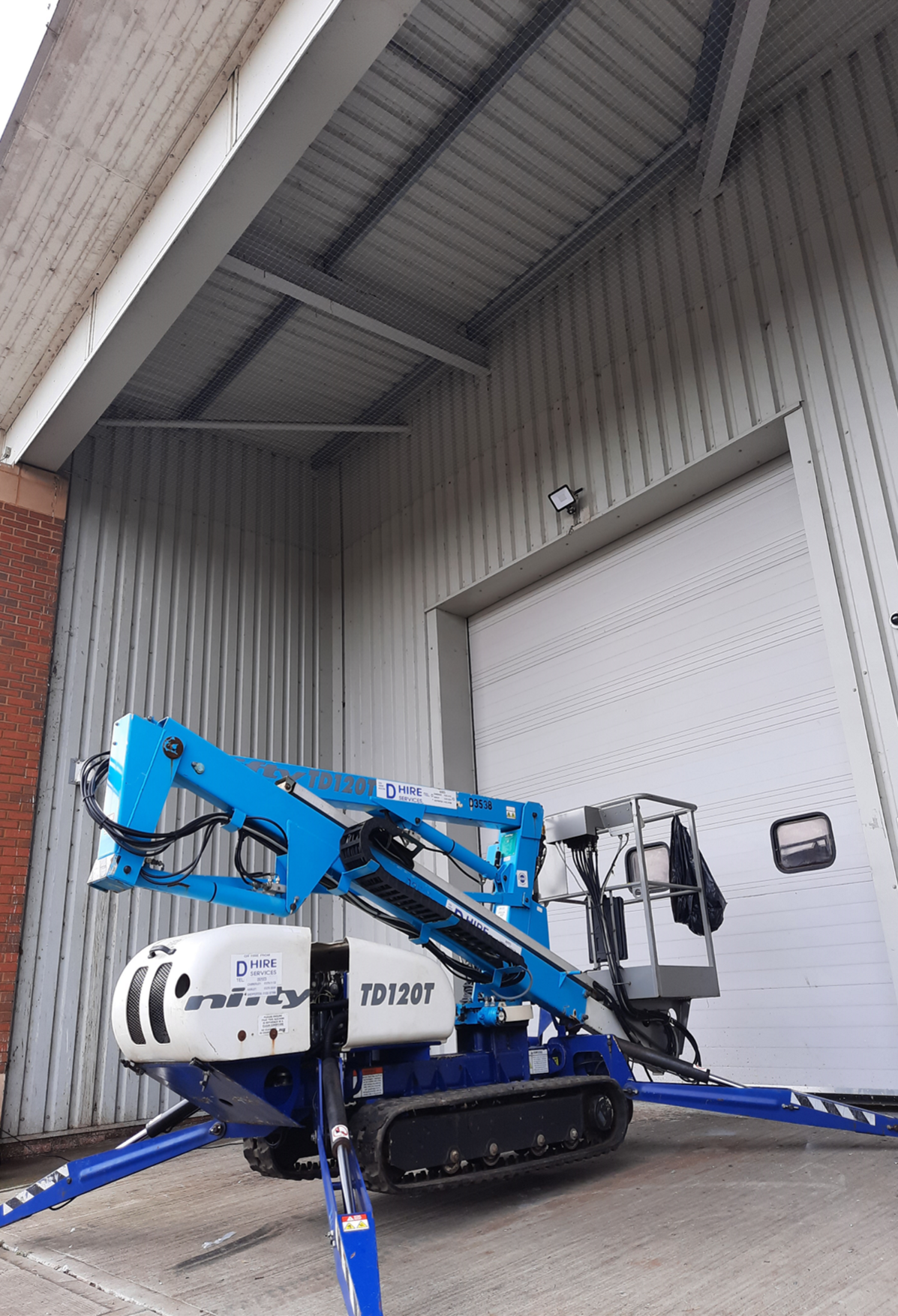 The loading bay was also filling up with twigs and rubbish along with discarded feathers, and every time they opened the large door from the warehouse, the wind blew this material into the interior and so things had reached the point when a proper solution was required.
Bird spiking can be an effective solution to perching when done deep enough, however the top cover provided by the open face of the loading bay is just too good a place to build a nest, so in situations like this we often see this type of installation fail.
Pigeons are intelligent and they particularly like covered areas like the one under Citizens’ loading bay, here they get protection from the elements. Pigeons are large birds and will build open flat nests and these bays offer protection from rain, snow and wind. The smallest gap between spikes will be exploited and a nest will be built, the spiking has not resolved the problem and may have even made it worse.
Pigeons will drop twigs down into the crown of spikes then defecate onto these to cement the structure together, the improper use of spiking has inadvertently given them more opportunities for nest sites than if it had been just left alone.
This was the case in Wokingham; spiking had failed to barrier off all the perching sites and had created areas where nests had been built, an area around 9 metres by 5 metres had three pairs of pigeons nesting in, and this was the problem.

Pest control is all about providing resolutions and we believe that for every problem there is a solution and the way in which we deal with feral pigeons is to look at the ultimate deterrent, bird netting.
Bird netting provides us the opportunity to completely seal off an area and stop any attempt at returning, we don’t hurt or kill the birds when installing netting, the installation is enough in itself to barrier off the site meaning that the birds simply fly away.
At Citizen we used the natural shape of the loading bay to provide a frame for the net which now blocks off the support beams, this combined with a little bit of spiking on perch points lower down like outside lights, means that no birds can take advantage of the protection offered by the loading bay.
To finish off the job all we had to do was spray the guano with a biocide to kill off any bacteria or viruses and then scrape off mat of bird poo, scrubbing any residue off afterwards.
Pigeon guano is extremely toxic - click this link to find out what it contains.
hazards

Why is deterring the pigeons so important? 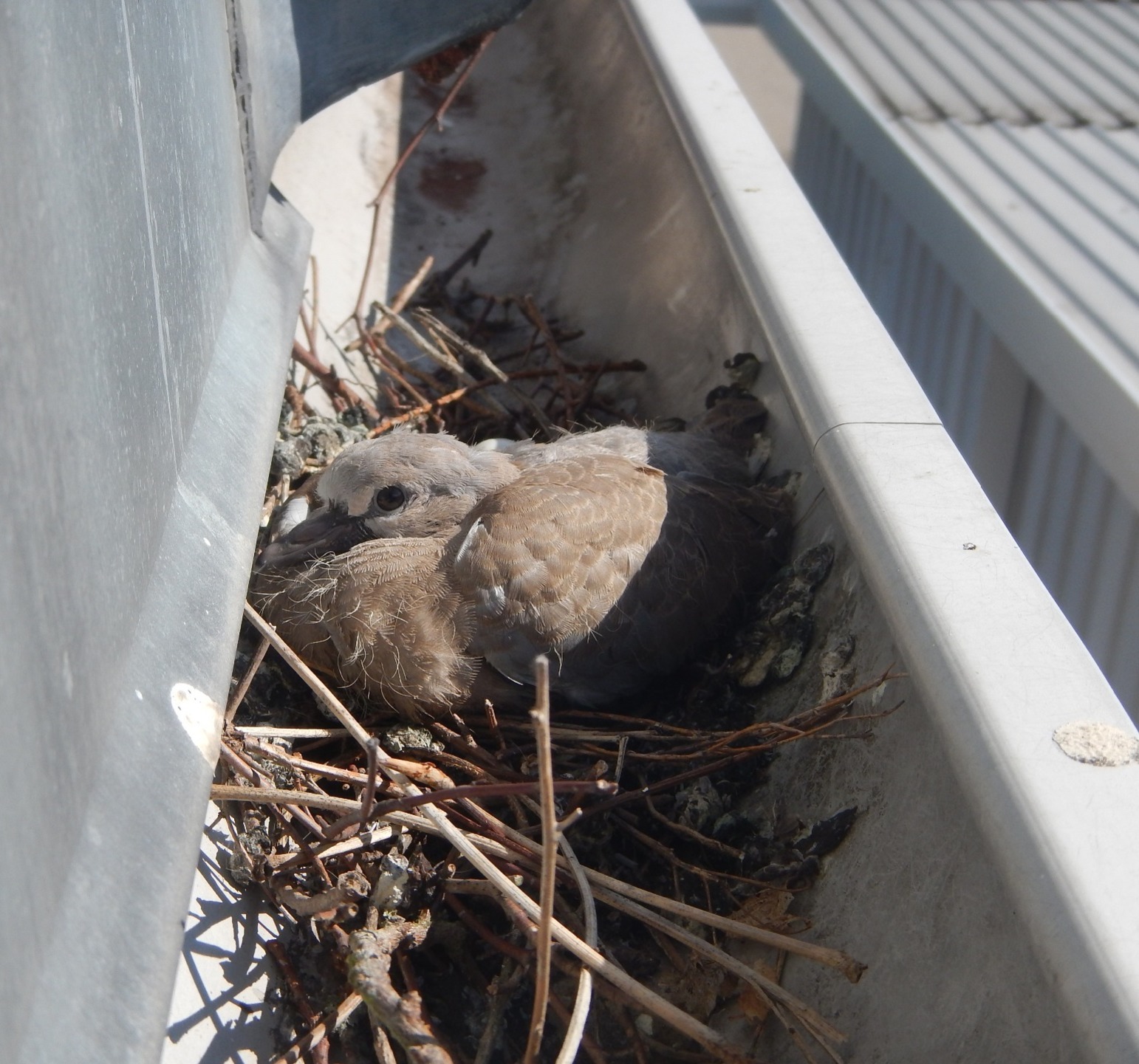 Every business has a duty of care to its workforce and any visitors to its buildings; health and safety at work is enshrined in Law and in this case the situation required some in depth control. The birds had created a toxic mess which posed a hazard not only to the on site staff but also any visiting delivery drivers who had to wade through the pigeons droppings.
Pigeon guano is highly acidic and it eats away at the materials that it sits on; stone, concrete and even things like paintwork and wood, so a build up of guano has a hidden cost implication for building managers.
There is also the question of company image, is it professional to have a building that is covered in bird guano? The facts can’t be ignored, pigeons themselves carry disease and their droppings are especially harmful, these two aspects shouldn’t be ignored which is why pigeons should not be allowed to nest on buildings.

Pigeon control from a local company

We provide a wide range of pigeon control services, from installing spiking to a more complete service like bird netting and we work right across the region. Our customer base is flexible too, one day we maybe resolving an issue where the birds are nesting beneath solar panels on a house and the next day installing nets on a commercial building like we did in Wokingham. If you have a problem with pigeons then get in touch, we offer free site visits so we can determine the correct solution and we aim to provide a cost-effective service.
Got a problem with pigeons? We have the solution.
Tagged as: Bird control, Pigeon control
Share this post: