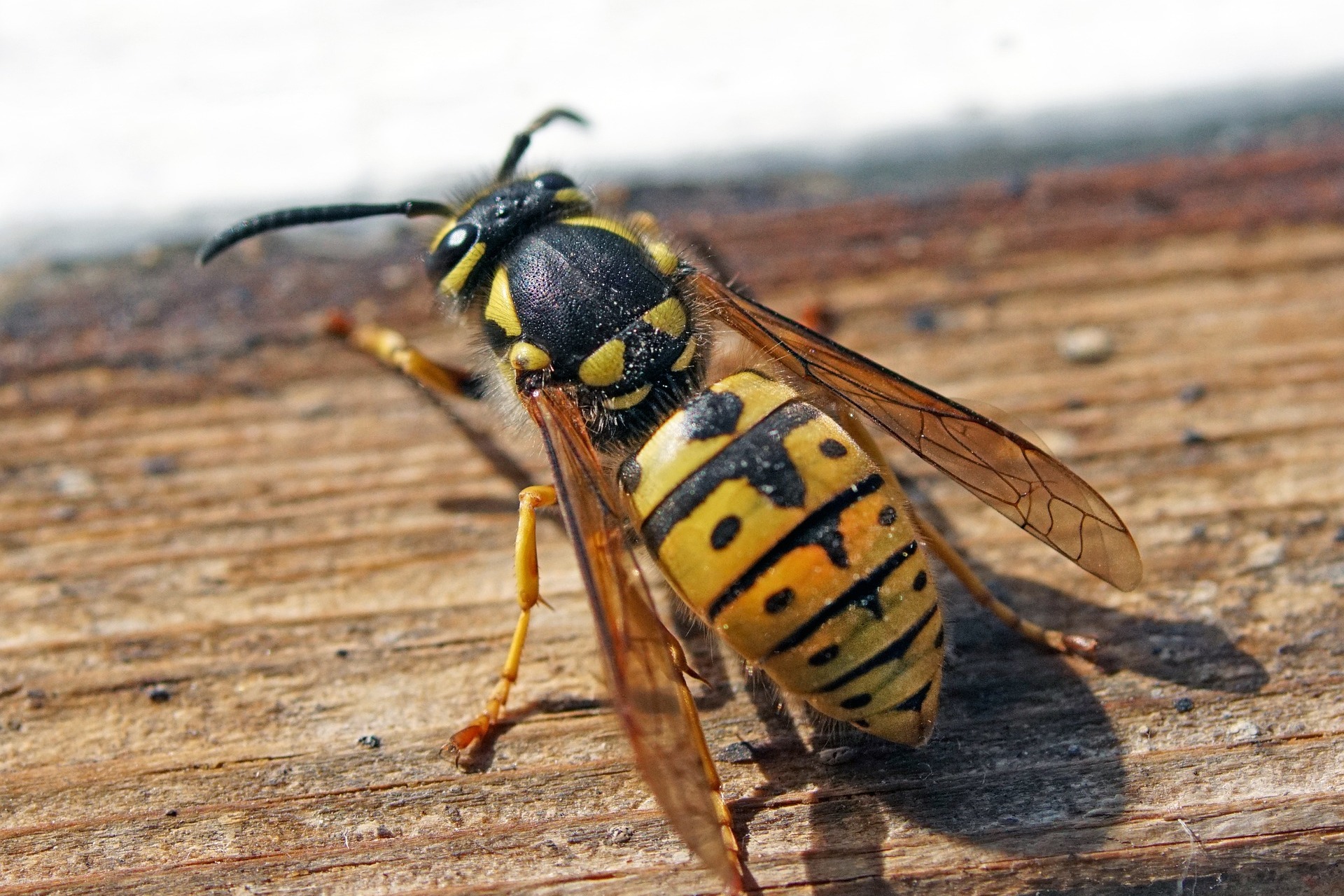 Why do wasp stings hurt so much?

Posted on 7th August 2019 at 18:39
Whats is it about wasp stings that make then so painful? I get that mossie bites itch and ants give you a nasty little nip but as a pest controller I do get stung by wasps from time to time and why oh why are they so painful?
So I did a little research; for me its like a lightening bolt when they sting followed by nothing and then nothing, after a couple of hours I get the 'itch' and ohh what an itch. Then the swelling and more itching, no pain except for that first few seconds but the swelling is painful and the itch keeps me awake at night.
So I did a little research into wasp stings as I thought I needed a better understanding of what was happening inside my body and this is what I came up with:
When the wasp stings, muscles contract around the venom sack injecting venom into the skin or the dermis to be precise, this venom is made up of lots of different chemicals and the chemical responsible for the painful sensation is acetylcholine and serotonin which makes up about 5% of the substance injected into you - sounds nice doesn't it.
These two chemicals lead to instant changes in the electrical activity of mast cells found in the connective tissue of the skin around the injection site, and particularly in the pain receptors. The injection of wasp venom results in a sudden tightening of blood vessels within the dermis and increased pain signals sent to our brain.
In addition to these two chemicals, wasp venom contains three more chemicals - phospholipase A, phospholipase B, and mastoparan peptide (having triplets? That's the names sorted!). These act together within our bodies to release a flood of cells from our immune system which causes the redness and swelling that we associate with all insect stings.
This swelling can be quite severe and poses a hazard when people get stung on the throat or in the mouth. Along with the cocktail of chemicals released after the wasp sting by our immune system is another powerful one – histamine.
It’s the histamine that causes the problems. 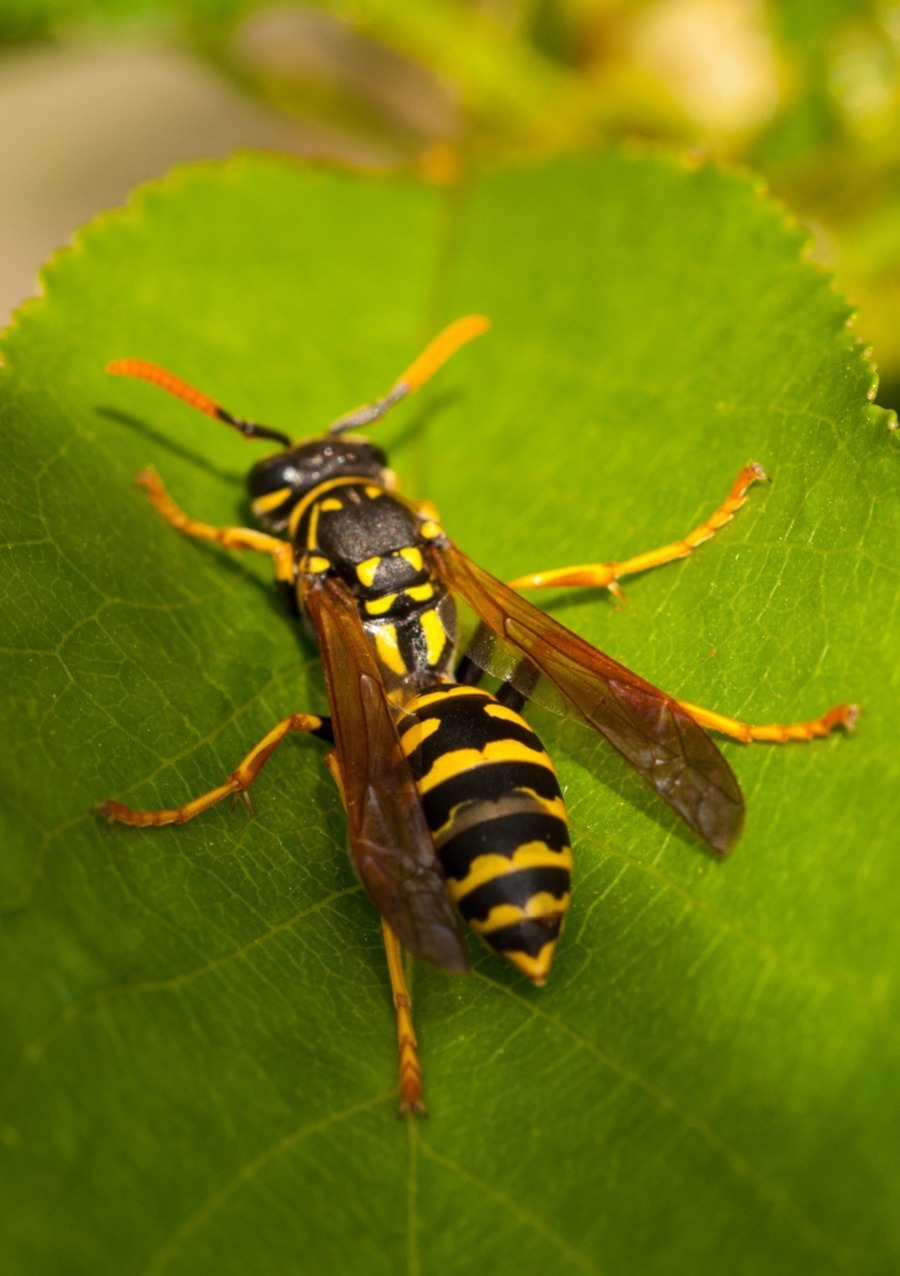 Why is too much histamine a problem if its part of our defence mechanism?
Histamines are produced to help the body get rid of allergens like those found in the wasp venom, the trouble with histamine is that it overreacts causing an allergic reaction throughout the whole body (think of bouncers in a night club getting carried away); in severe cases an anaphylactic shock. Symptoms of high histamine levels are coughing, wheezing, a faint pulse, congestion and difficulty in breathing.
Anti-histamine drugs can help reduce these symptoms but you need to be careful taking these as too many can lead to poisoning (who knew that?). Medical advice should be sought for anyone suffering from anything more than a localised swelling if stung by a wasp or a bee.
How can I avoid getting stung by a wasp?
You are most likely to encounter wasps when working outdoors; gardening and outdoor sports may bring you into contact with a wasps nest. Most people assume that wasps live in a paper nest in a bush and to a large degree they are right in this, wasps however often live in the ground, old rabbit burrows are places to find the common wasp along with rotten tree stumps. Golfers will sometimes encounter these types of nest when looking for a golf ball lost in the rough.
When carrying out tasks like hedge trimming always walk along the area to be cut before you start and look to see if wasps are flying in and out of a particular spot, this will be evidence of a wasp nest lurking inside the hedge. We often get emergency call outs to professional gardeners, fencers and tree surgeons as they discover that they’ve disturbed a wasp nest.
Another attractant for wasps are sweet tones: perfumes and laundry additives, as the year progresses the Queen wasps run out of energy and die, when this happens there will be no more egg’s laid and no more larvae. The wasps that you see flying about are all drones and these are unable to feed on the insects that they hunt – this is purely food for the larvae.
It’s the larvae that feed the drones; they secrete a sweet sticky liquid which the drones eat, so as the summer progresses less larvae means that the drones produced earlier in the year now starve and they will be attracted to anything sweet. Anyone who’s had a picnic in August will know that there’s always wasps hanging about and always around sugary drinks.
Another source of sweetness for wasps is nectar and its thought that wasps carryout about as much pollination as bee’s do as they lap up the sweet nectar from flowers, so it might be advisable to avoid bright clothing.
If you discover a wasp nest the best course of action is to call out a professional pest control company, they will have a range of chemicals and different options to tackle the wasps, plus they should have personal protective equipment meaning no-one gets stung!
Here at All Aspects Pest Control we guarantee our treatments and IF in the event after 24 hours the wasps haven't gone we will return to retreat without further cost - that's only right after all?
In addition, we treat any other nests that we find at the same time - for free!
Tagged as: Wasps, bee's and hornets
Share this post: